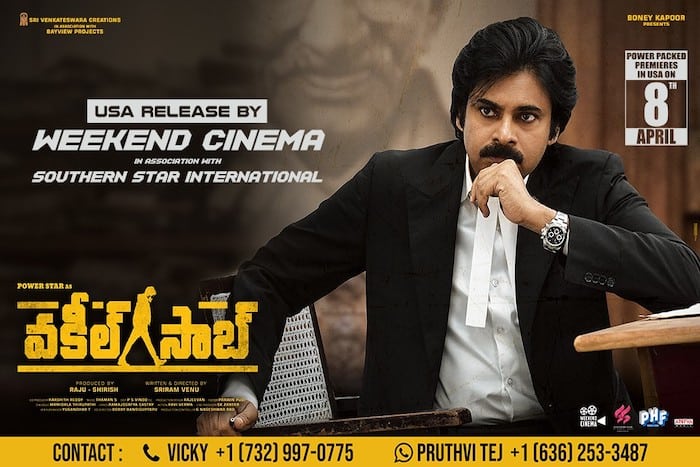 We would like to thank Southern Star International & Phars Film Co LLC for providing us this opportunity to release the most awaited Pawan Kalyan’s film in the USA.

Good luck to everyone!