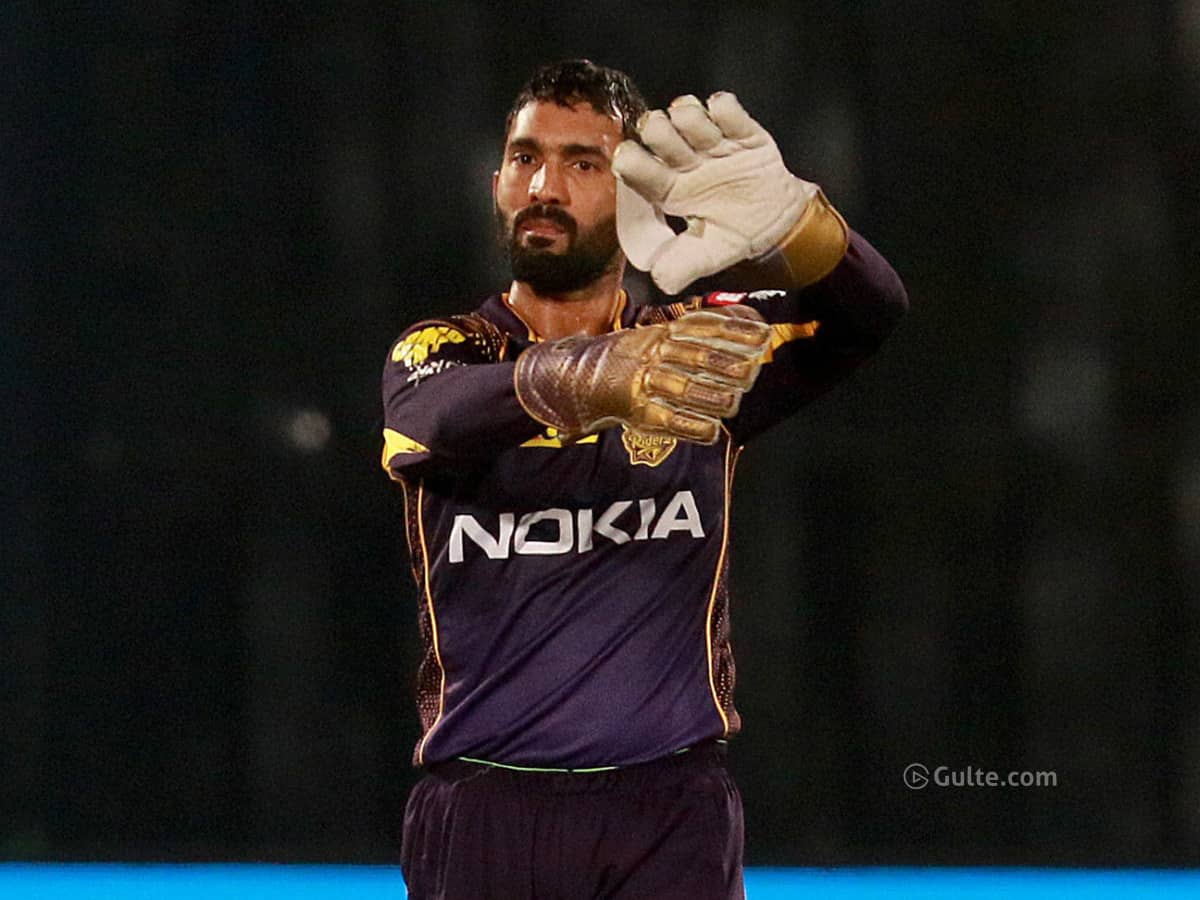 Popular cricketer Dinesh Karthik hails from Tamil Nadu and can speak Tamil very fluently as it is his mother tongue. We have also seen Karthik conversing in Tamil with various cricketers on the field. Now, the wicket-keeper has unleashed his Telugu language speaking skills as well.

Many people are not aware that Dinesh Karthik can speak Telugu too. His Telugu speaking ability came into the limelight last night ahead of the IPL final between Chennai Super Kings and Kolkata Knight Riders. It is already known that Karthik represents KKR in the league.

He gave a pre-match interview exclusively for the Star Sports Telugu. He was interviewed by star commentator and Hyderabadi, Harsha Bhogle.

Harsha wished Karthik a happy Vijaya Dasami and asked about the preparations for the big final. Karthik answered very fluently in Telugu and stunned everyone, including Harsha.

This video is now going viral all over the internet. Telugu folks are elated to see Karthik’s Telugu speaking abilities.