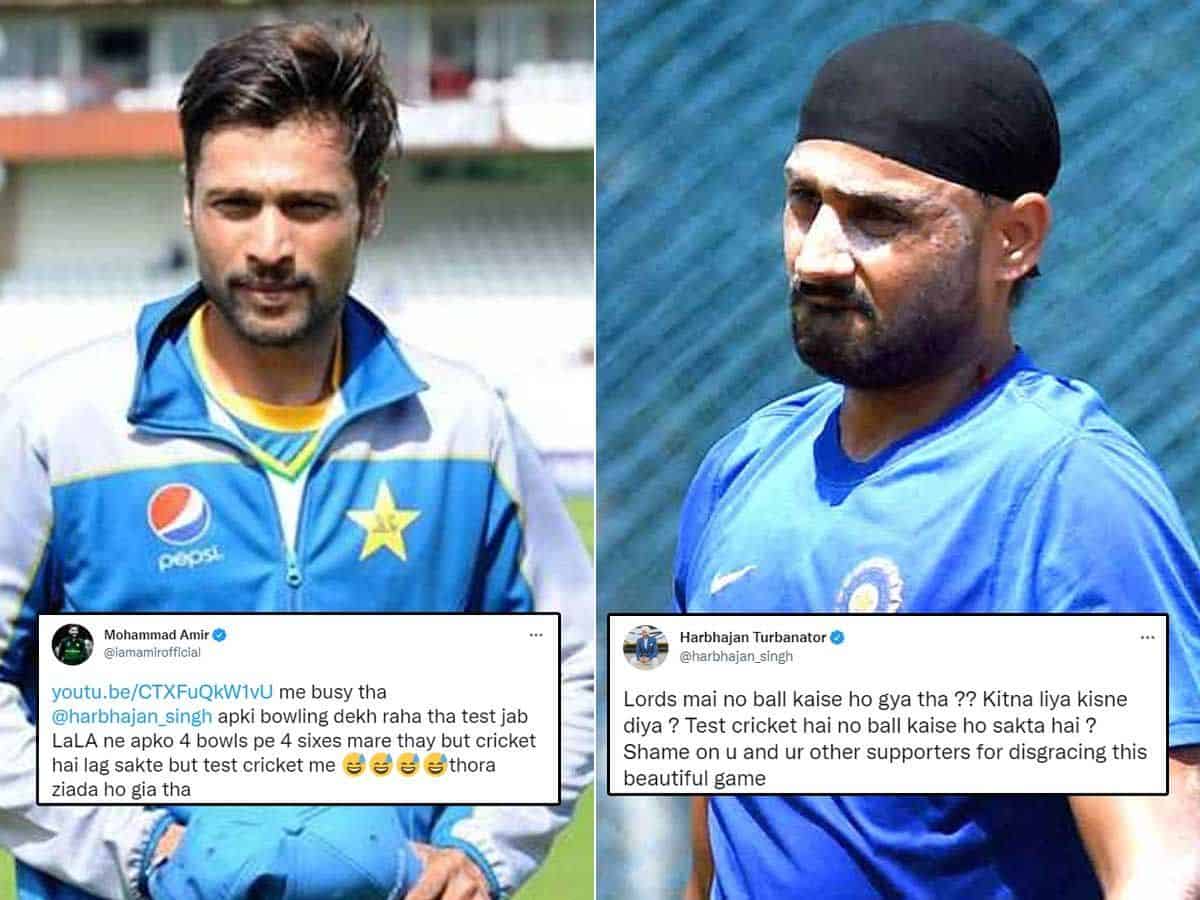 Indian spinner Harbhajan Singh and ex Pak pacer Mhd. Amir were involved in an ugly row on social media. The duo sparred on Twitter just a couple of days after Pakistan’s win over India in their opening game of the 2021 T20 World Cup.

The fight commenced with Harbhajan responding to Amir’s Oct 25th tweet as the latter ridiculed the former over Pakistan’s 10-wicket win over India. Harbhajan reacted by sharing a video from the 2010 Asia Cup, where he had hit the winning runs for India against Pakistan off the bowling of Amir.

Once again, Amir responded by sharing a video of a 2006 Test match in Lahore where Shahid Afridi had hit Harbhajan for four consecutive sixes. Soon after, things turned ugly as Amir’s tweet made Bhajji furious. He reminded Amir of his involvement in the 2010 spot-fixing scandal in the Lord’s Test against England.

“Lords mai no ball kaise ho gya tha ?? Kitna liya kisne diya ? Test cricket hai no ball kaise ho sakta hai ? Shame on u and ur other supporters for disgracing this beautiful game,” Harbhajan tweeted. He further tweeted a picture of Amir’s infamous no-ball in the 2010 Lord’s Test and another video of his winning six in against Pakistan in the 2010 Asia Cup.

And the tweets went pouring in. Amir too asked Bhajji “how about your illegal bowling action” in a tweet