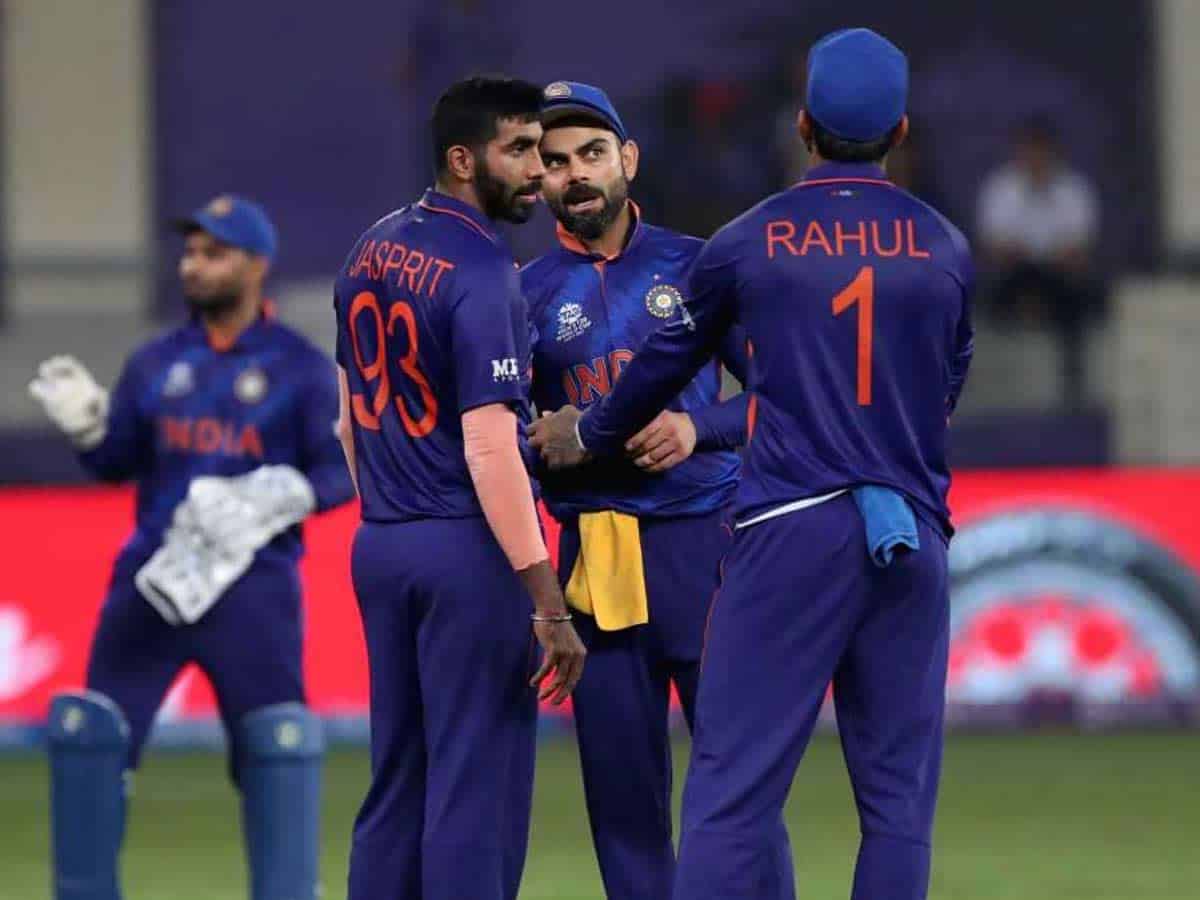 It’s all done. There are high chances of Team India getting eliminated in the group stage itself. After witnessing a humiliating loss against Pakistan, India now got beaten by New Zealand. Even this was a triggering loss as the Kiwis won the game by 8 wickets while chasing a low target of 111 runs.

After winning the toss, New Zealand invited India to bat first. Once again, India witnessed a batting collapse. Openers Ishan Kishan and KL Rahul got out inside powerplay. India lost the wickets of Rohit Sharma and Virat Kohli within 11 overs. NZ bowlers never allowed Indian batters to score a single boundary. At one point, India couldn’t score a boundary for almost eight over. Such was the bowling brilliance of New Zealand. Thus, India managed to score only 110/7 in 20 overs. While Trent Boult (3/20) and Ish Sodhi (2/17) remained top bowlers, Mitchell Santner (4-0-15-0) was economical among the lot.

New Zealand started off aggressively while chasing the low target. Openers Martin Guptill (20) and Daryl Mitchell (49) started hitting Indian bowlers right from the beginning. Even though Guptill went back to the pavilion early, Mitchell didn’t stop hitting Indian bowlers and almost finished things off with the help of Kane Williamson (33). Jasprit Bumrah (2/19) then took Mitchell’s wicket but there was no use. Later, Williamson finished the game along with Devon Conway (2) and helped his team in scoring 111/2 in 14.3 overs.

India will next face Afghanistan on November 3. New Zealand will face Scotland on the same day.