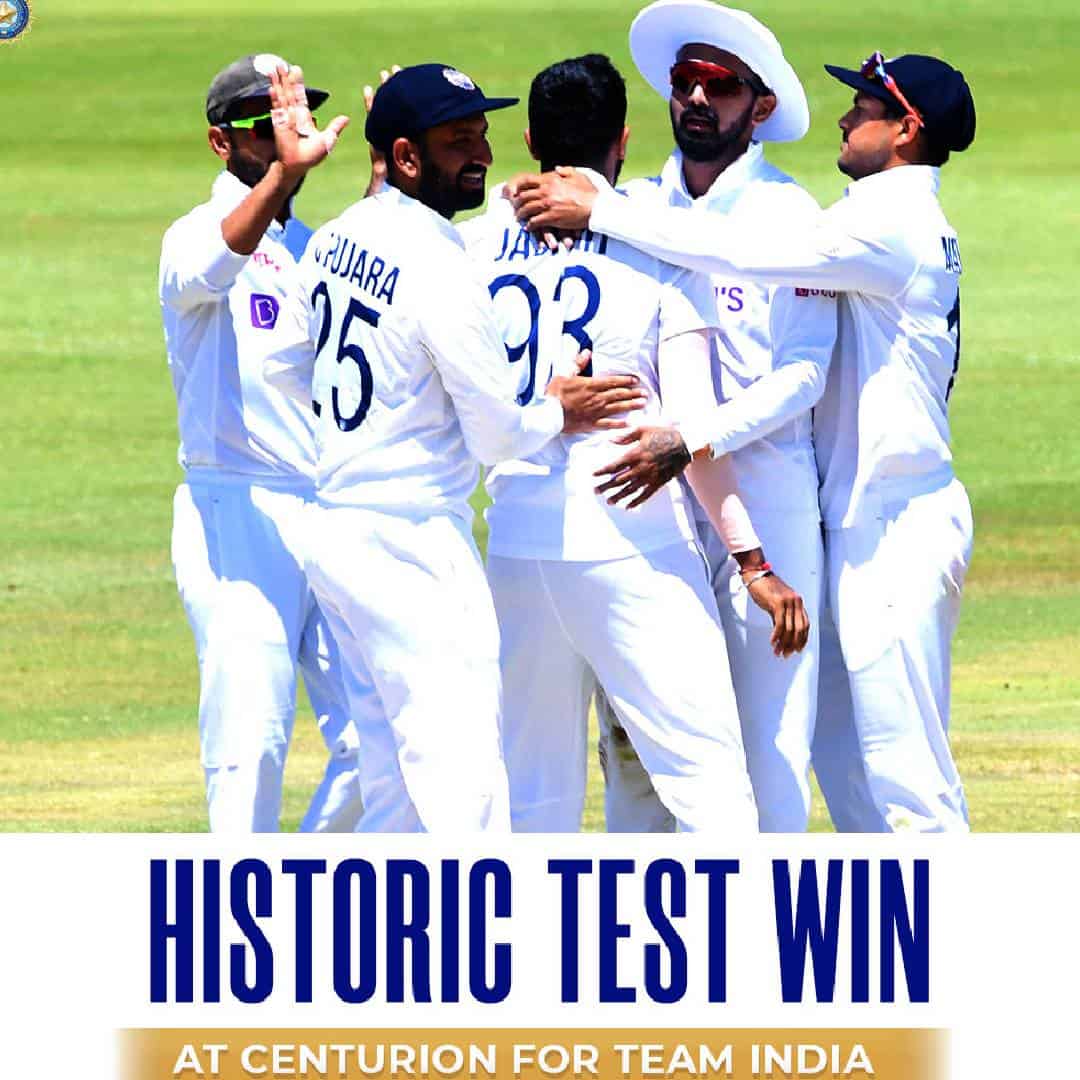 Team India has registered yet another memorable victory in Test. In the first Test between the men in blue and South Africa, the visitors defeated the hosts by 113 runs. This is team India’s fourth victory in Tests on South African soil and two of them came under Virat Kohli’s captaincy.

The first Test was played at Centurion and South Africa resumed batting on day five with six wickets in hand. Team India bowlers toppled the middle order of Proteas. Bumrah, Shami and Siraj were highly influential and took wickets at consistent intervals. South Africa were bowled out for 191 runs. Bumrah and Shami took three wickets each while Siraj and Ashwin scalped two wickets each.

For scoring 123 in the first innings, KL Rahul received the Man of the Match award. The second Test is scheduled from January 3rd at Johannesburg.