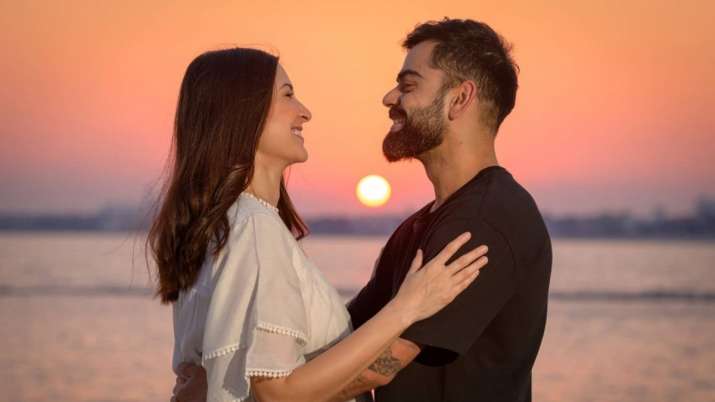 Ever since cricketer Virat Kohli announced that he is stepping down as the Captain of the Indian Cricket Team for test matches, several celebrities and the cricket fraternity have been responding rigorously. Many of his fans were shocked and tweets have been pouring in about him. Kohli is also trending big time on all social media platforms.

Virat, on Saturday, took to his social media handle and wrote that everything comes to a halt at some stage. And today, wife Anushka Sharma posted a long heartfelt note for him. She shared pictures with Virat and mentioned in the post that she is proud of his growth.

She started the post recalling the day in 2014 when Virat told her that he has been made the captain as Dhoni decided to retire from test cricket. “I remember MS, you & I having a chat later that day & him joking about how quickly your beard will start turning grey. We all had a good laugh about it. Since that day, I’ve seen more than just your beard turning grey. I’ve seen growth. Immense growth. Around you & within you. And yes, I am very proud of your growth as the captain of the Indian National Cricket team & what achievements the team had under your leadership. But I’m more proud of the growth you achieved within you.”

“You led by example & gave winning on field every ounce of your energy to the extent that after some losses I’ve sat next to you with tears in your eyes, while you wondered if there’s still something more you could have done. This is who you are & this is what you expected from everyone,” she further wrote.

The actress praised her husband for the hard work he had done all these years and ended the emotional post with ‘You did good.’ Virat’s sister Bhawna was quick to comment “Who better than a life partner to say it so perfectly”. Anushka’s thoughtful note with a trip down memory lane is winning netizens’ hearts.