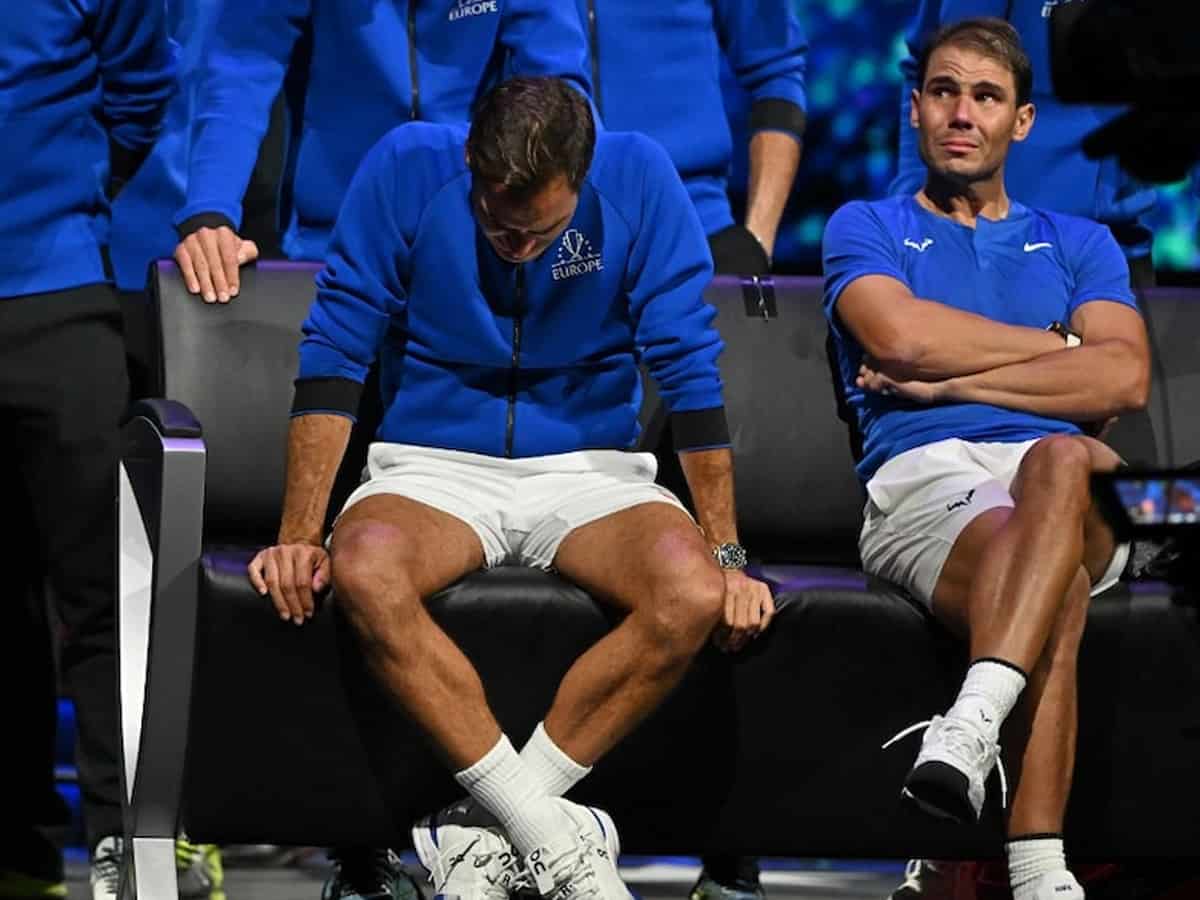 Roger Federer and Rafael Nadal needs no introduction to the sports lovers. The two legendary tennis players stared each other down in several tournaments around the world. It was always a delight to watch the both in action on the ground. Off the ground, they share a great rapport. On Friday, it was Federer’s last game and post the match, both Federer and Nadal got emotional on the ground.

On Friday, they stood together on the same side of the net as they were defeated 4-6, 7-6 (2), 11-9 by Team World’s Jack Sock and Frances Tiafoe at the Laver Cup. After the defeat, Federer has become emotional.

“I enjoyed tying my shoes one more time. the match was great. I couldn’t be happier. It’s been wonderful. And of course, playing with Rafa on the same team was fun,” Federer was quoted as saying.

A video is going viral on social media now, where both Nadal and Federer are visibly teary-eyed.

On 15 September 2022, Federer announced his impending retirement from high-level tennis on the ATP Tour.