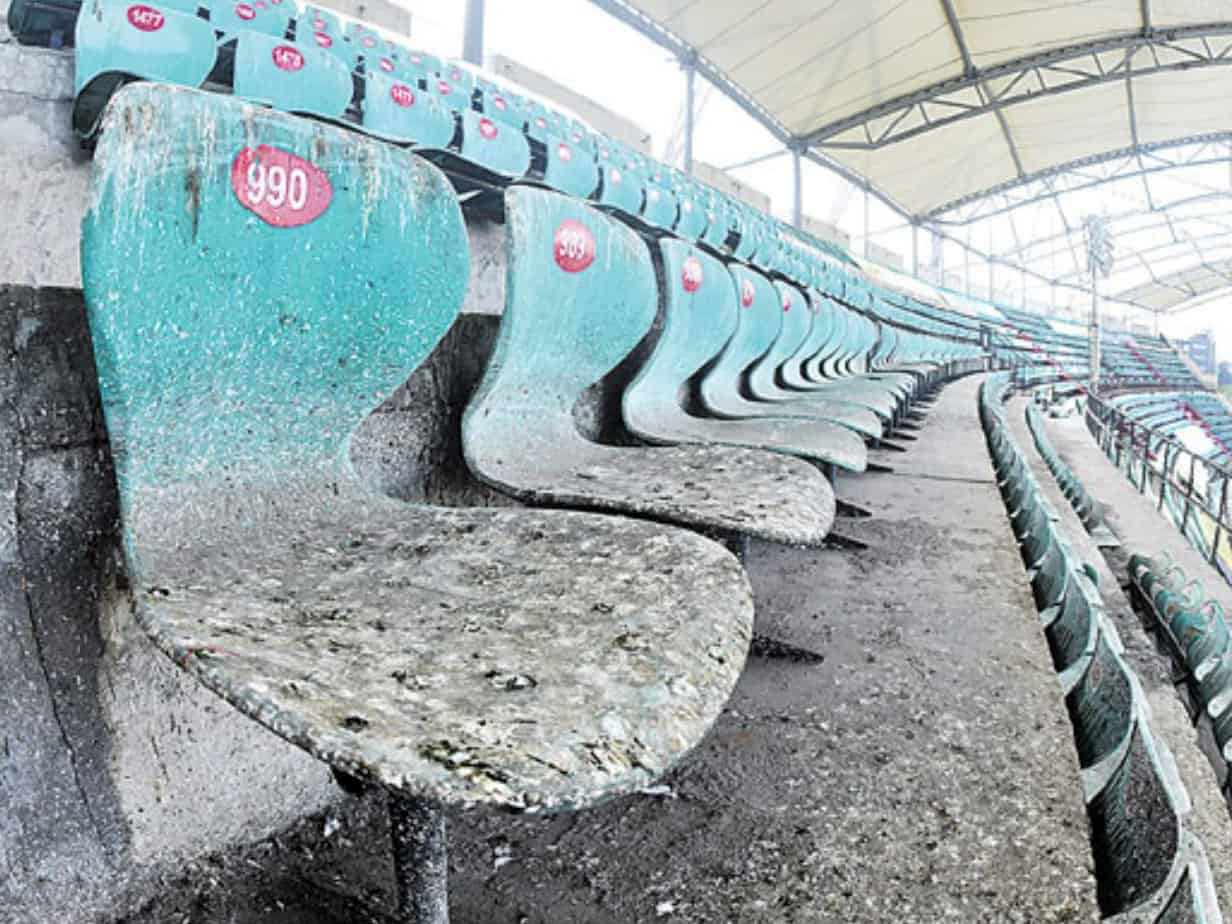 After three long years, the Uppal stadium is going to host an international match. But the Hyderabad Cricket Association (HCA) has disappointed the cricket fans big time by failing to make necessary arrangements from selling tickets to providing basic facilities inside the stadium.

As the stadium remained unused for the last three years, the seating area has completely gone to the birds. The seats are covered with bird waste and HCA officials did not even bother to get it cleaned.

Another shocking aspect is that the fire department cancelled the permission to the Uppal stadium due to illegal construction. There are no smoke detectors to alert the stadium if there is smoke, sprinklers to automatically extinguish the fire. Also there is no water tank facility in case of a fire accident. HCA did not even bother to renew the cancellation.

The BCCI has finalised the India and Australia match at least 30 days before the schedule. But HCA did not prepare the stadium for cricket fans. The seating capacity is in horrible condition and the thousands of fans who will be witnessing the match live will certainly be disappointed.

While all this is happening, HCA President Mohammad Azharuddin has taken up the issues of the stadium on a lighter note and he even answered in a reckless manner, when the media encountered him.

HCA affairs are deeply into corruption and the allegations often make headlines. Being an independent body, the BCCI doesn’t intervene in the affairs of HCA and so the problems keep piling up.