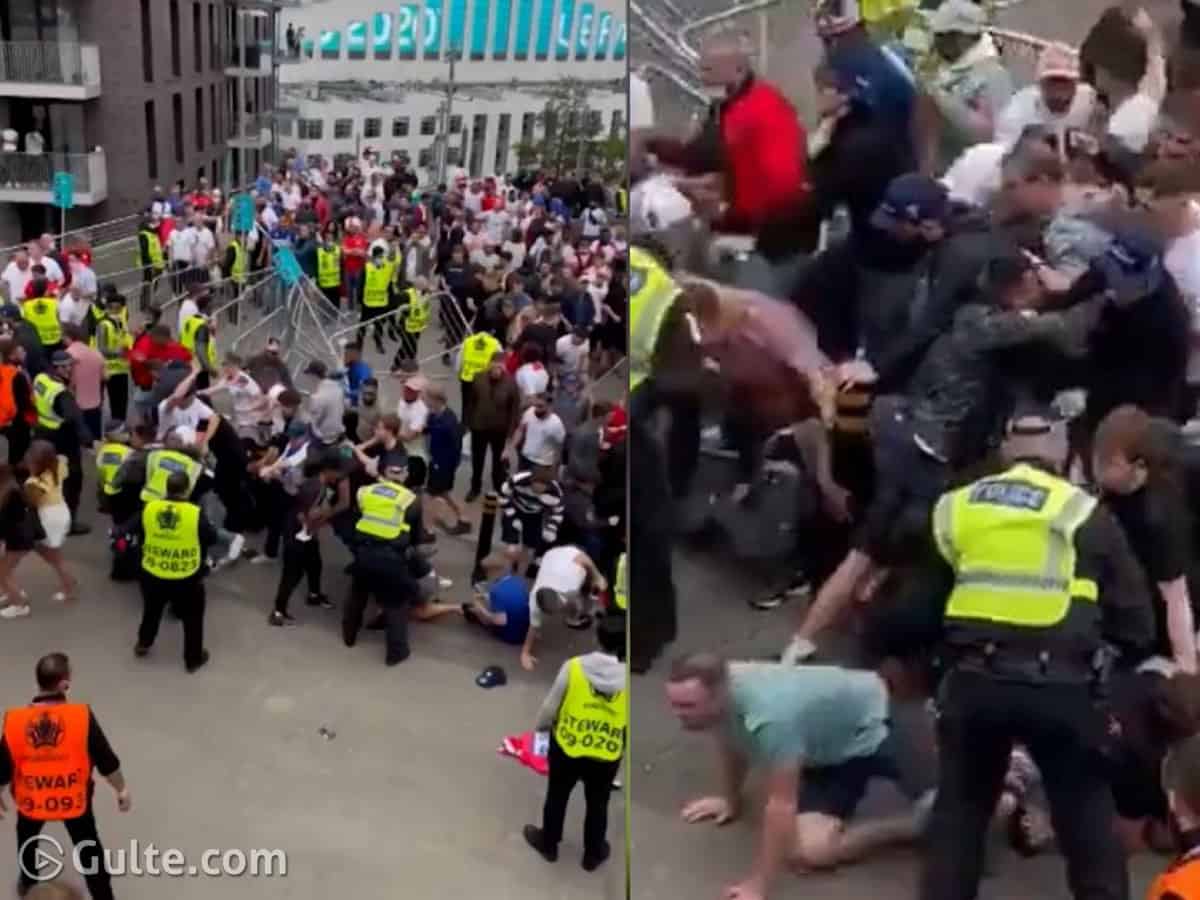 Ahead of the UEFA Euro 2020 final match between Italy and England at Wembley Stadium in London, the British fans have created an ugly ruckus that disgusted many. Various videos of fans rioting on London roads, outside and inside the stadium went viral on social media.

It is reported that a small number of fans have tried to breach the Wembley gate without tickets to witness the historic finale. “Earlier this afternoon there was a breach of security at Wembley Stadium, which resulted in a small number of people getting into the stadium without a ticket,” said the Metropolitan Police.

As stated, the number was not at all small as the videos showed hundreds of people creating ruckus at the ground. In one of the viral videos, hundreds of fans are seen punching and fighting each other during the half-time of the match.

Apparently, many people who have tickets couldn’t get inside till half-time of the game. Ticket-less fans thronged into the gates by breaching security and created non-sense in the stadium.

The entire sporting world and fans were disgusted by the events and called out England supporters for the same. They termed the incidents shameful.

Meanwhile, Italy beat England in this historic final and claimed the Euro Cup after 53 years. The match drew with a score of 1-1 and went into the penalty shootouts. Italy won the shootout with a score of 3-2.