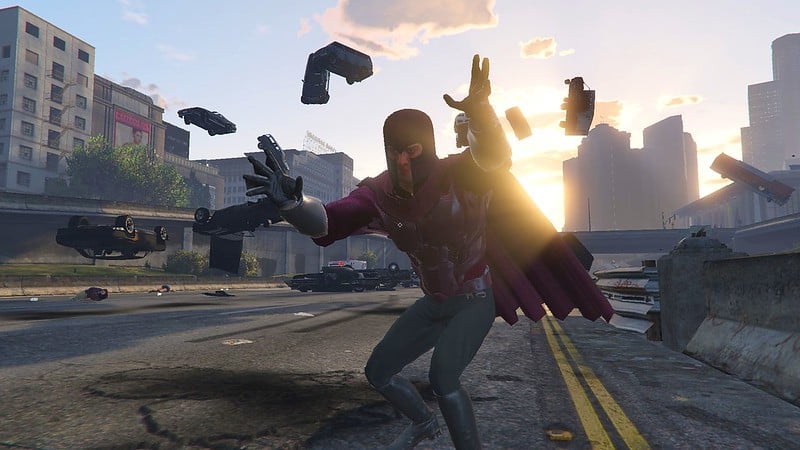 Open World games are probably one of the most loved gaming genres in the world. And while there are hundreds of awesome open world games by numerous game developers, no one does it better than Rockstar.

Rockstar has been ruling the open world genre for as long as I can remember. Many of us have spent our entire childhood playing titles like GTA Vice City, doing all sorts of fun stuff. Even now, when it comes to the most popular open world titles, it is Rockstar’s GTA 5and Red Dead Redemption 2 ruling the world. But how does Rockstar manage to keep up or even exceed fan’s expectations?

King Without a Crown

Open World games have a different kind of feeling as they provide you with a ton of things to do, a vast world to explore and a life that goes around you. There are a few things that Rockstar does way better than any other game studio out there.

One of the things that make Rockstar games better than most of the games in the world is that there is so much going on around you. For an open world game to feel alive, there must be some sort of activity in the area where there are other people going around about their own businesses.

And almost every open world game in the Grand Theft Auto series does this perfectly. The residents go about their daily routines either on foot or driving around the city in their fancy cars. Then there are flights, trains, boats and everything seems to be operating smoothly as in real life.

Even when we talk about the AI in the game, it’s so good that when the weather changes and it starts raining, you could see NPCs running off covering their heads with whatever they have and find some dry space to wait it out. Even the conversations with the NPCs are super funny, which I totally love.

The other thing that I love about Rockstar is that everything works well with each, the environment, the weather, the visuals. It all follows a certain theme, be it the old west world theme in RDR or the modern realistic world in GTA 5. The whole world is setup perfectly to match the visuals of the time that the game is going after. All these little things are what truly adds life to the game.

And speaking of little things, the attention to details in Rockstar’s games are on a whole new level. You can see them everywhere in the game, like when your character falls on the ground, the clothes get covered in dirt and it’s different for each of the surfaces, which is really cool. Even the cars get dirty when you drive it on a dirty road or get scratched differently depending on what it hits and how it hits it. And speaking of cars, the multiplayer mode has some exotic collection of vehicles that you can buy with the GTA 5’s in-game cash.

There’s just so much effort that Rockstar puts into its open world titles which makes these games stand out more than any of the games out there in the world. And that is also the reason why GTA 6 is taking so long because Rockstar wants to make sure that it is ready to take over GTA 5 and exceed fans’ expectations in the best way possible. We have been there with RDR 2, it took so long but the wait was totally worth it and that’s what is going to happen with GTA 6 as well.