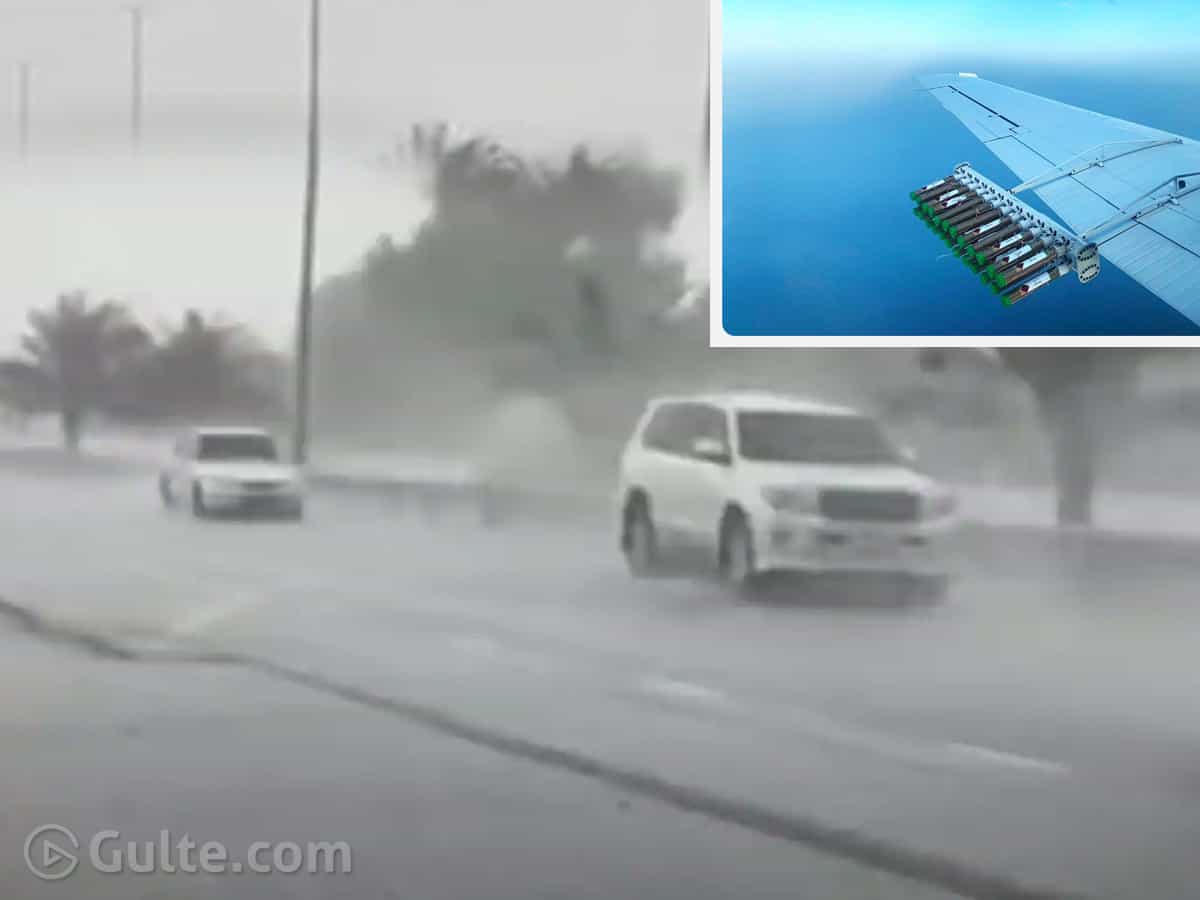 In order to beat the scorching heatwave, United Arab Emirates (UAE) has come up with a new plan. The National Center of Meteorology came up with a strategy that resulted in a monsoon-like rainfall in the desert country. The plan was to enhance rain using drone technology.

As per the official reports, enhanced rain is achieved through a method called cloud seeding. This technology is used to enhance the precipitation, generating the electric charges, which further prompt clouds to coalesce and produce water.

The official Twitter handle of the National Center of Meteorology shared a few clippings of the rainfall generated through this cloud seeding method.

According to the data, UAE receives an average minimal precipitation of just 100 mm. The experts opined that this technology aims to create more rainfall.

They also stated that the cloud seeding method can help in alleviating the water problem.

After the success of this solution, it is expected that many more desert countries would follow the same method in the future to generate rainfall.