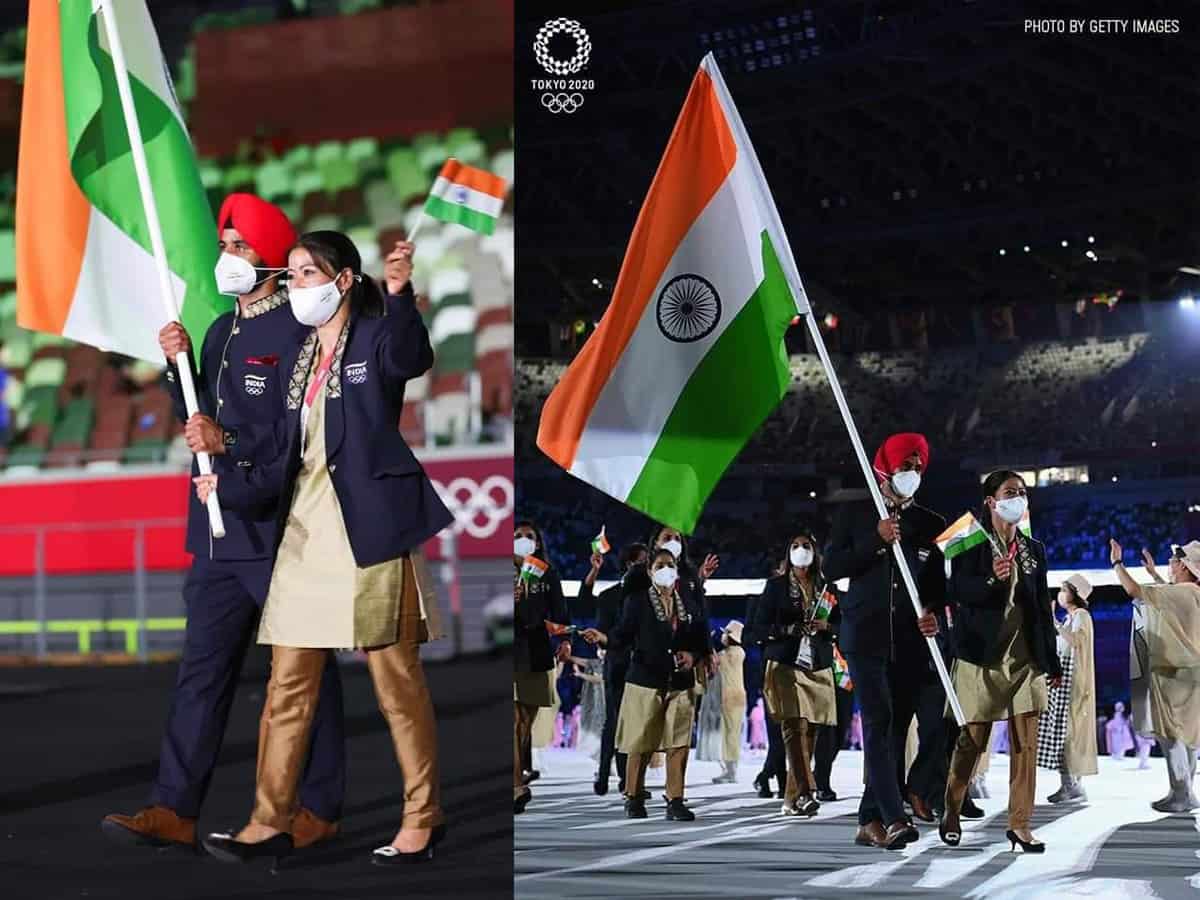 The Team India marched with our national flag at the opening ceremony of Tokyo Olympics.

The flag bearers Manpreet Singh and Mary Kom represented Indian contigent for the Olympics while the remaining atheleted followed in the march.

India’s Olympics official handle produly mentioned aout the Team India with, ”Ek India Team India’ – Celebrating 100 years of our athletes at the Olympic Games. We are delighted to present the new identity of the Indian Olympic Association and #TeamIndiaFlag of India. It signals our arrival on the world stage and we’re ready. #EkIndiaTeamIndia