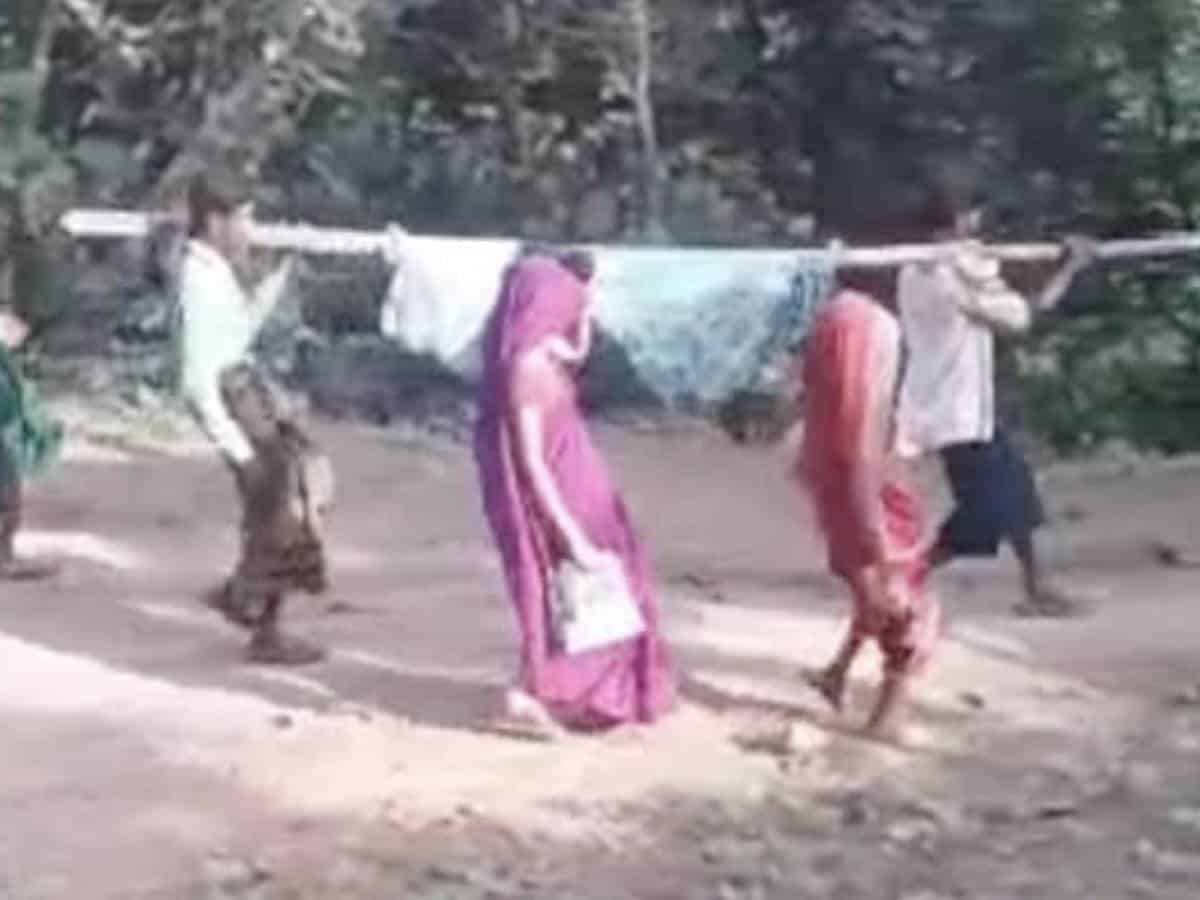 A pregnant woman in a rural part of India was carried by villagers on shoulders for 8 kilometers for delivery. The woman was bundled into a bed sheet that was tied to a bamboo pole and she was carried by her family and neighbours on their shoulders. This heart-wrenching incident took place in Madhya Pradesh’s Barwani district and Rajpura village where there is no road access to the village.

20-year-old Sunita got labour pains on Thursday. The residents of the forest hamlet had no other option but to carry her themselves for 8km to nearby Rani Kajal village from where she is shifted in an ambulance to a hospital which was 20 km further away.

She finally delivered the baby at the Community Health Centre at Pansemal which is 28 km away from her Rajpura village.

This incident once again throws light on the state of people living in remote areas who have very limited access to health services in this era of technology and internet connectivity.

Sunitha delivered a baby boy on Friday. Both the mother and new-born baby are doing fine. Yet the inhumane experience and the ordeal Sunitha had went through was avoidable and unwanted. Also, not all women could be as lucky as Sunitha. There could also be elders and other patients who may get medical emergency but they had to travel 28 kms through dirty terrain to get access to medical service.

Rajpura is 400 km away from Bhopal in the southeastern corner of Madhya Pradesh. Though the villagers had made several appeals for road connectivity, all those requests to politicians and officials have fallen on their deaf ears. As this news of Sunitha’s ordeal went viral, let’s hope Rajpura gets a road and also a primary health center.