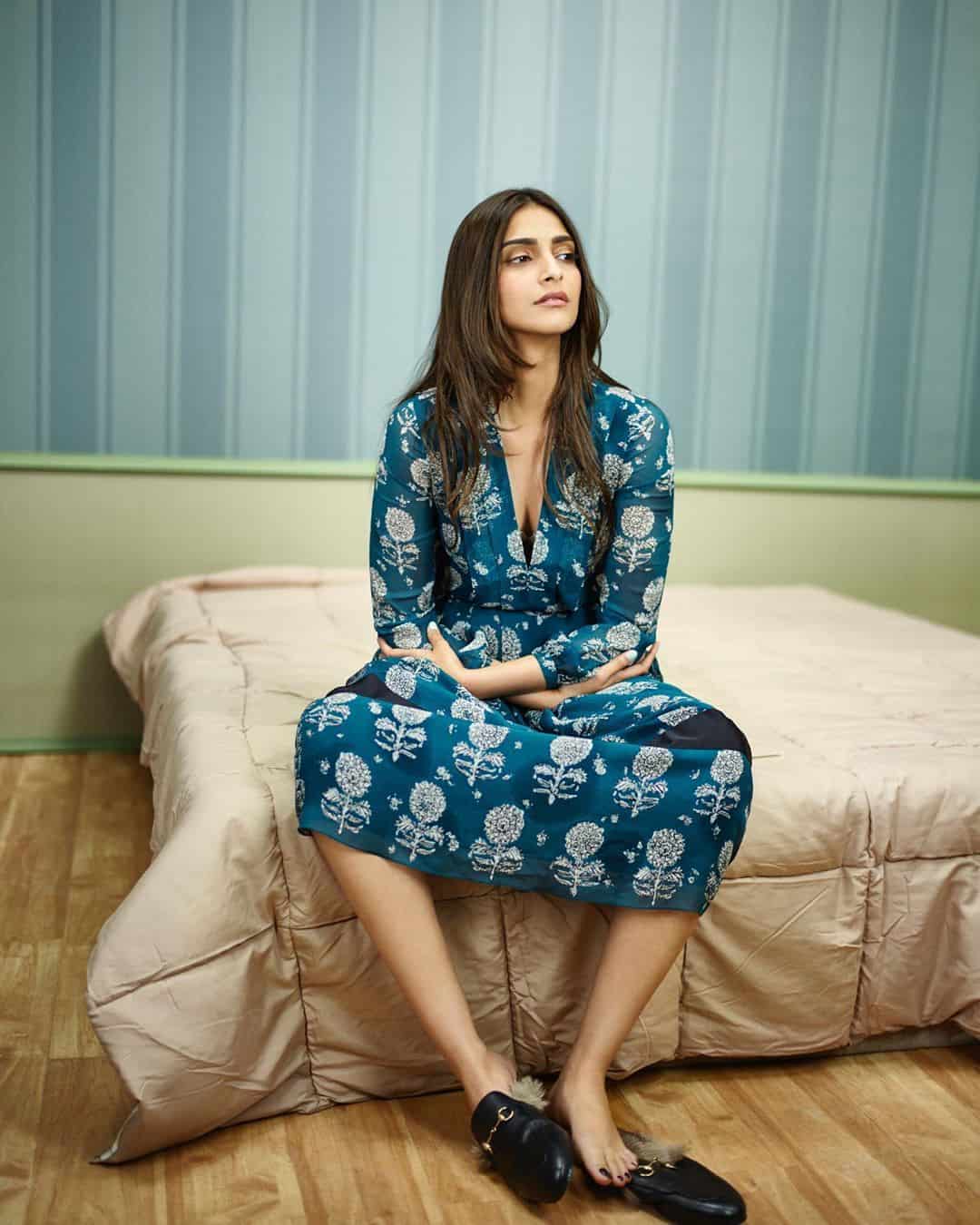 Bollywood Actress Sonam Kapoor Ahuja is sliding into the weekend wearing a midi dress and lounging in her bed.

Sonam took to Instagram to share a picture of herself all decked up and seated in her bed. In the picture, Sonam is seen wearing blue-coloured block-printed midi dress paired with trendy black coloured loafers.

“Lounging in bed is my favourite thing to do,” she wrote in the caption.

Sonam is currently spending time with her fashion designer husband Anand Ahuja in their South-Delhi based house.