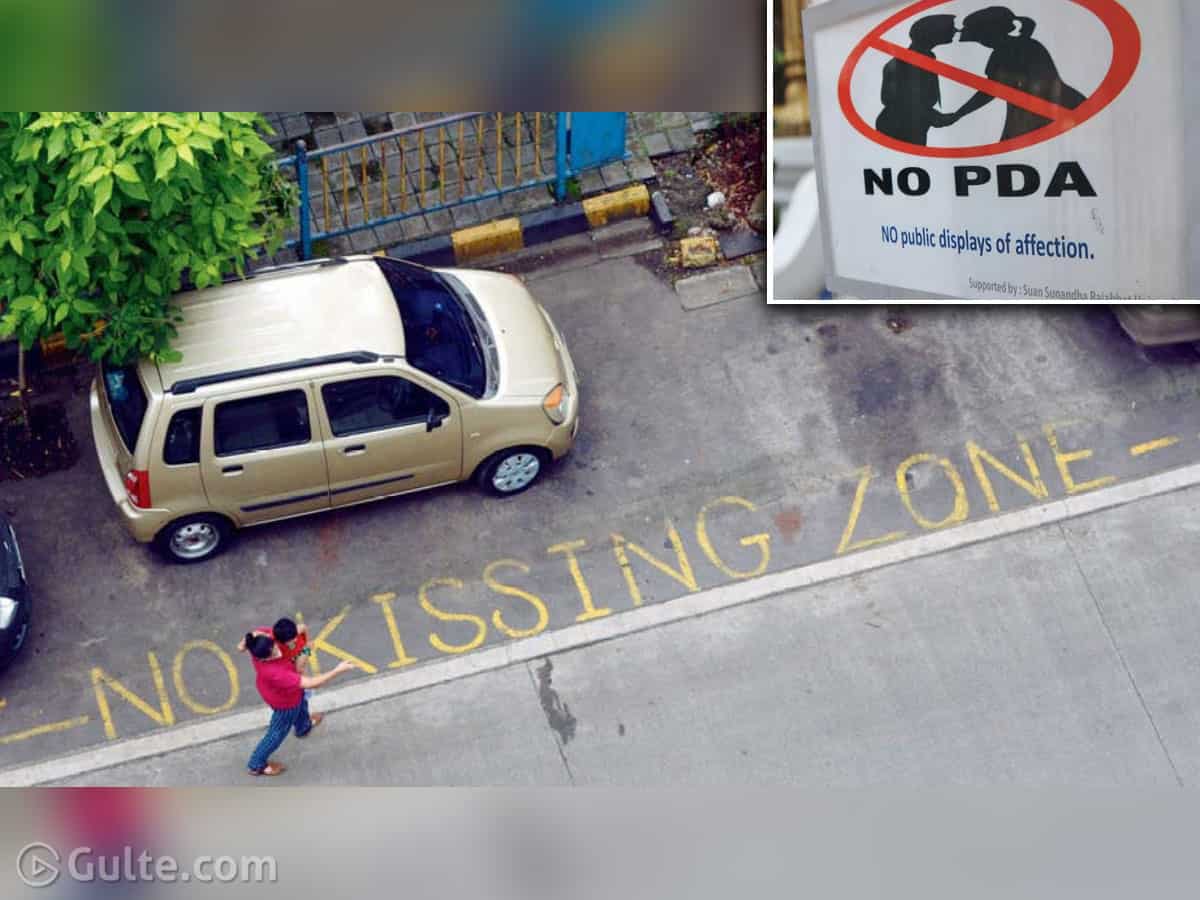 A housing society in Mumbai has put up a sign restricting lovebirds from showing off Public Display of Affection (PDA). Going into details, Satyam Shivam Sundaram society in Mumbai’s Borivali was vexed with couples getting intimate just outside their colony and this is a daily routine from 5:30 PM.

The society made numerous appeals to couples and young people who come here daily. They even approached a local corporator and later lodged a police complaint too. Neither the police took any action nor the couples stopped their intimacy outside the society.

In order to restrict this PDA, the society had put up ‘No Kissing Zone’ at the concerned place and a picture of this has surfaced on social media and is going viral.

“Initially, residents tried to explain this to couples, but when it became a regular spot we came up with the idea of this marking,” said Kailashrao Deshmukh, a resident of the Satyam Shivam Sundaram society.

Well the idea has worked out and ever since the marking, couples are not to be seen here but people are taking selfies and sharing on the internet.