Elon Musk Is Building A Humanoid Robot For Mundane Tasks 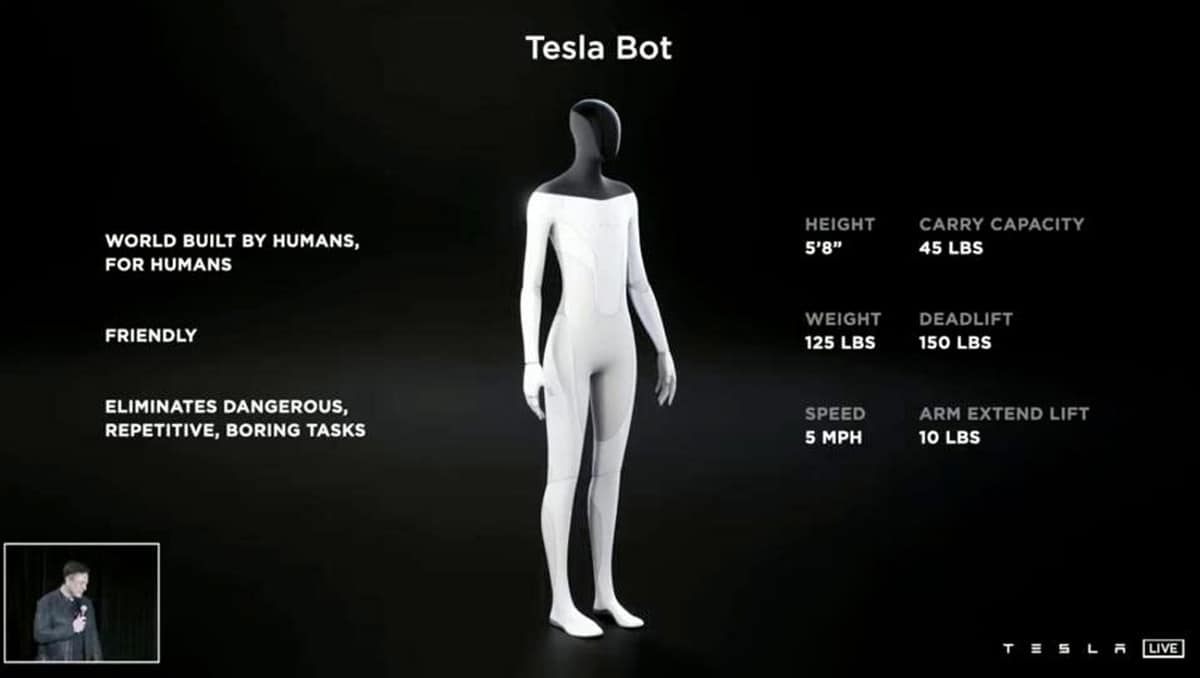 It’s a content of a six-minute-long presentation. He pulled the wraps off a humanoid robot that uses artificial intelligence to take over mundane tasks for people. The face is substituted with autopilot cameras and an information display in Tesla Bot, besides lifting 150 pounds.

Musk states that the robot, which isn’t even at the prototype stage yet, could handle “dangerous, repetitive, boring” jobs like going to the store to buy groceries. “Essentially, in the future, physical work will be a choice,” Musk said during the presentation at Tesla’s AI Day. “If you want to do it, you can, but you won’t need to do it.”

Musk said he hoped for a Tesla Bot prototype next year, but it’s anyone’s guess when you will run into one at your local Safeway. Musk has also told us we’re going to Mars, but no one’s brought back a souvenir T-shirt or snow globe yet. The Tesla Bot we saw was just a skinny dude in a weird onesie.

Musk sees the Tesla Bot as an obvious opportunity and one that enhances the chances for success of his human settlement on Mars. Tesla has invested many years and billions of dollars in solving self-driving cars by solving the problem of computer vision. That robust Neural Network Solution required Tesla to reorient the entire company around that problem.

The same system, custom silicon in the vehicles, vast amounts of data streamed back from all of them, a supercomputer to process the data and train the neural networks, can also run other mobile robots besides those that look like cars. It can be the brain of humanoid robots. The advantage of using Teslas vehicle robotic tech to build humanoid robots is that they’re an entirely separate product line from vehicles and can work in vehicle production and their own production. Also, are a universal drop-in replacement for many kinds of human labour so they have potentially vast demand (that rises steadily as their price falls).

Tesla can invest a lot of capital in using its robotic car tech in humanoid robots because they can justify mass production. Mass production will lower their cost/price and iteratively improve their quality and capabilities. Of course, this won’t happen overnight. It’s a follow on ambition for AFTER Tesla’s self-driving tech takes over the global market. This is an answer to what Tesla will focus on NEXT when it’s a multi-trillion dollar market cap company making huge profits building robotic networked cars, buses and trucks. Humanoid robots will be a critical part of making Mars settlements self-sustaining.