Viral Video: Woman Walks Into Airport In A Bikini 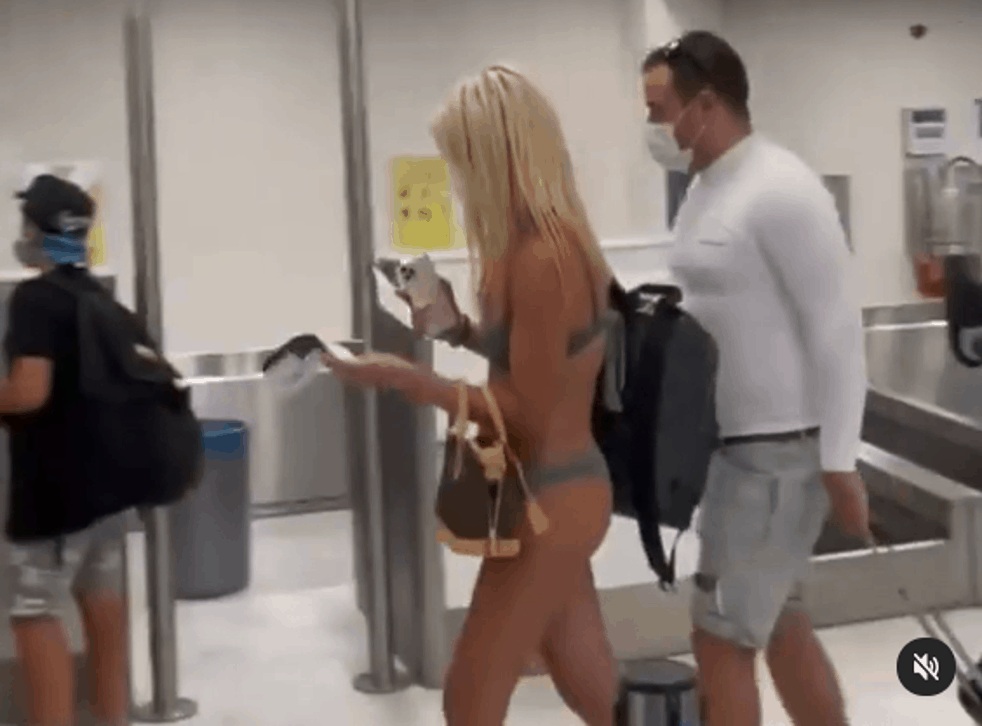 In a bizarre incident, a woman walked into Miami airport wearing only a bikini. However, thank God she did not forget to wear her face mask. The video of this woman from the airport is going viral on social media, leaving citizens to utter shock.

The video shows an unidentified blonde woman entering through security in an olive green bikini and face mask. Social media made fun of the incident saying that woman must have had a pool party at noon and rushed to catch a flight. Some said she was following the CDC guidelines by wearing the face mask.

We have seen instances where many airline companies have barred passengers from boarding their flights if they are barefoot, inadequately clothed or wearing clothes that are lewd, obscene, or offensive in nature.

The video, where a woman strolled in an unidentified airport, has been viewed over 30000 times. One user wrote, “If she made it on the plane like that she’ll be hating life because planes get a lot cooler than airports do.” Another added, “She ain’t get on that plane at all. And I’m very sure security caught up with her.”