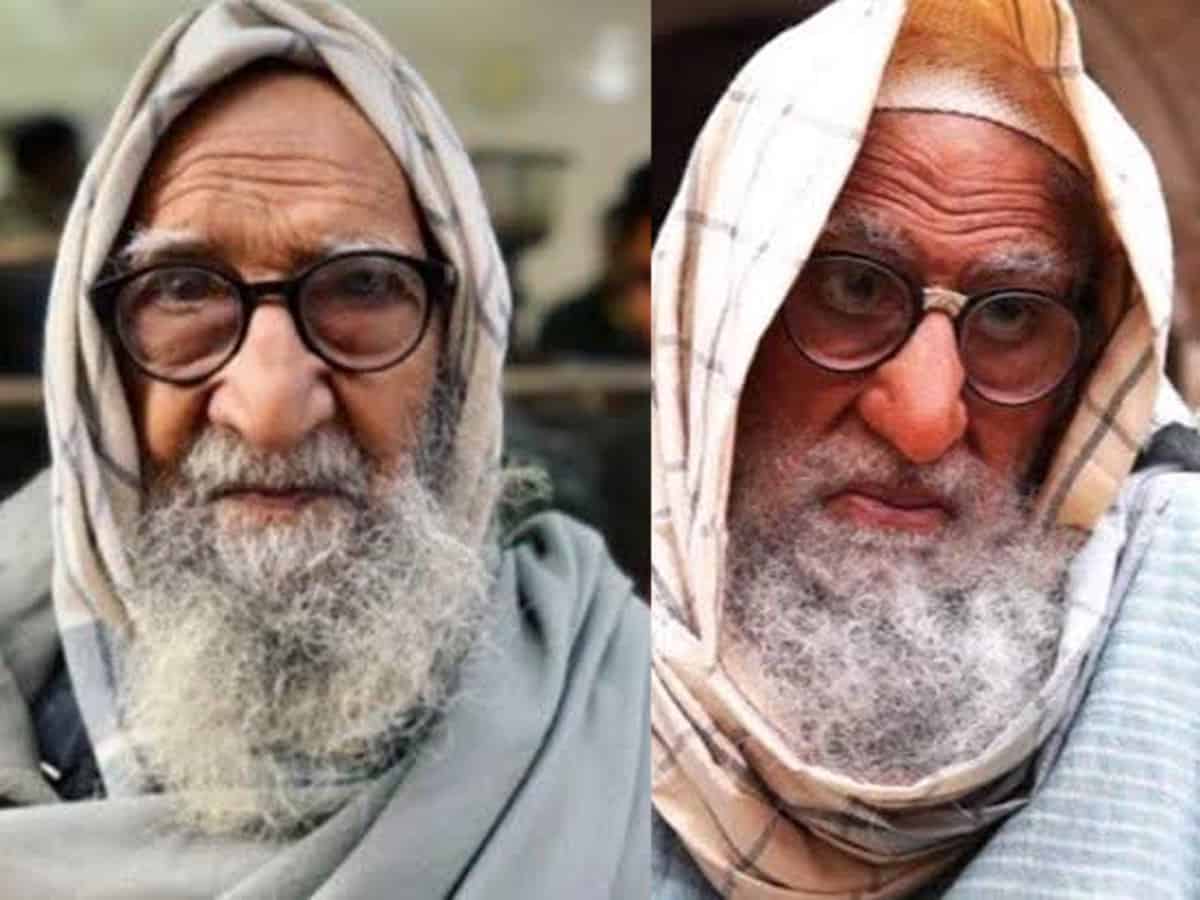 Genetically, we are all related and it shouldn’t be a surprise that we have lookalikes across the world. But, some people have uncanny resemblances without any relation and the very recent doppelganger that will leave you in surprise is B-town superstar Amitabh Bachchan’s latest film Gulabo Sitabo’s character. Yes, the role Gulabo has a doppelganger.

The character of Big B’s in the film will have an unusually long nose, sporting a quirky old man avatar. The look has uncanny similarities to a man photographed by Delhi-based blogger Mayank Austen Soofi and the comparison picture is doing rounds on the internet, leaving netizens in pleasant surprise.

The original photograph was taken in 2019, in Old Delhi. “OH DAMN! Actor Amitabh Bachchan’s ‘first look’ from the forthcoming movie Gulabo Sitabo is exactly the replica of an Old Delhi man whose portrait I clicked and posted on my Insta in Jan last year—down to his scarf, beard, glasses!” Soofi had tweeted on May 23. The resemblance is unbelievable and it is difficult to figure out who is who. Now, one must wonder if the makers of the film are inspired by the look of this unknown old man.

Directed by Shoojit Sircar, Amitabh plays a man, hailing from Lucknow man and who is possessive about his ancestral haveli. Talented actor Ayushmann Khurrana played the role of a young tenant. And Gulabo Sitabo is the first big Hindi film to release directly on a streaming platform. The movie has been receiving mixed reviews so far.