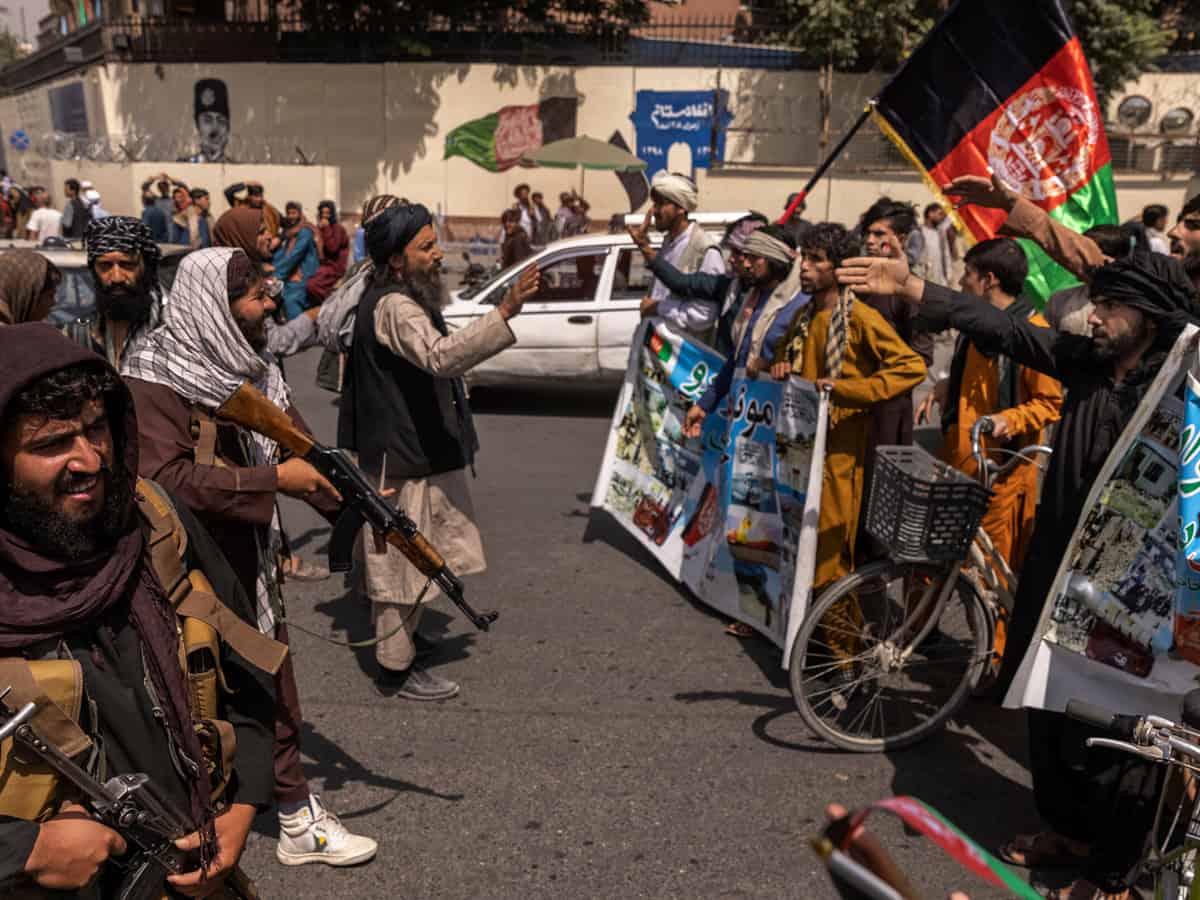 It was yesterday itself that the Taliban had confirmed a meeting between Pakistan’s Inter-Services Intelligence (ISI) Director-General Lieutenant-General Faiz Hameed and the group’s co-founder Mullah Abdul Ghani Baradar. But today, an anti-Pakistan rally took place in Afghanistan’s capital Kabul, leaving many perplexed.

As the situation in Afghanistan grew tense ever since the Taliban seized power, a few witnesses said that Taliban gunmen fired in the air to disperse protesters in Kabul. The viral videos on social media showed a large crowd of people running to escape the volley of gunfire. However, no injuries have been reported.

Demonstrators shouted, “Long live the resistance” and “Death to Pakistan” to protest against the Taliban. The protesters also chanted the ‘Pakistan, Pakistan, leave Afghanistan’ slogan. The protesters wanted Pakistan to stay out of the current situation in the country.

Among protesters, we can also see women holding banners and chanting outside the Pakistani embassy. They said they are meddled by Islamabad. The Taliban opened fire in the air when protestors were marching towards Arg and Kabul Serena Hotel.

ISI chief Lt Gen Hameed came to Kabul in an impromptu visit on Saturday and the Taliban spokesman Zabihullah Mujahid said in a press conference that the Lt Gen met with Mullah Baradar as a part of his visit to Kabul. During the meeting, the Taliban said that the Afghan territory would not be used against Pakistan.