Ashwin’s First Reaction On Getting Selected For T20 WC 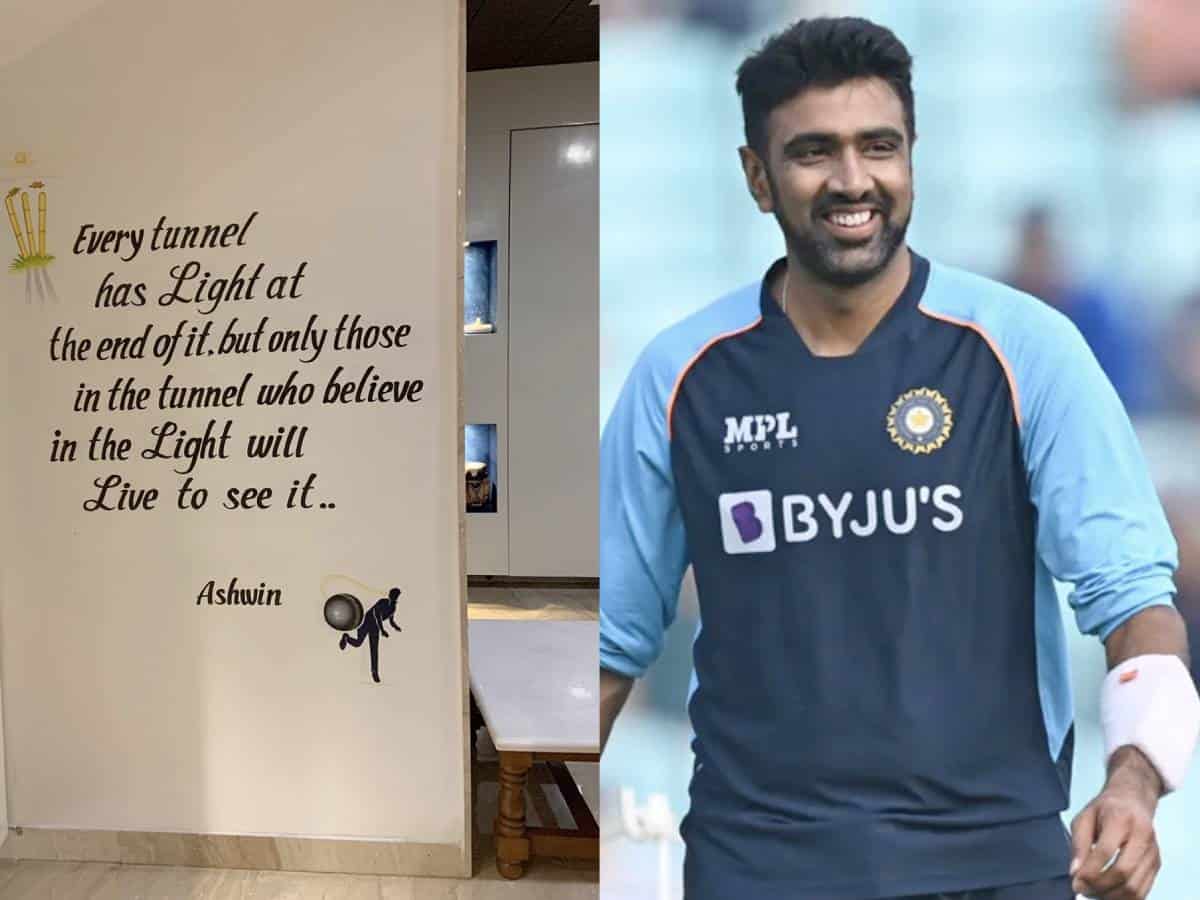 Last night the BCCI announced the squad for the T20 World Cup scheduled next month in UAE and Oman. The Indian selectors have surprised many by picking up team India’s leading spinner Ravichandran Ashwin. The conditions in the Gulf nations and Ashwin’s ability to pick wickets on turning tracks were the prime reasons.

However, Ashwin last played white ball cricket in 2017 and since then he is confined to Tests. But in the England tour, Ashwin did not get to play a single Test (With one Test to spare) and critics have been harsh on team India selection for snubbing Ashwin despite being in top form.

But Ashwin was undeterred by these events and his patience paid off with getting a berth in the T20 World Cup squad. In his first reaction, Ashwin took to his social media to express what he was feeling at the moment. Post shared by Ashwin is essentially a quote which says, “Every tunnel has light at the end of it. But only those in the tunnel who believe in the light will live to see it.”

“2017: I wrote this quote down a million times in my diary before putting this up on the wall! Quotes that we read and admire have more power when we internalise them and apply in life. Happiness and gratitude are the only 2 words that define me now,” added Ashwin.

Indeed Ashwin is true in every sense and he believed in himself and his inclusion has definitely improved the prospects of team India to win the T20 World Cup.