Viral Video: Workers Use Feet and Lick Rusks At A Factory 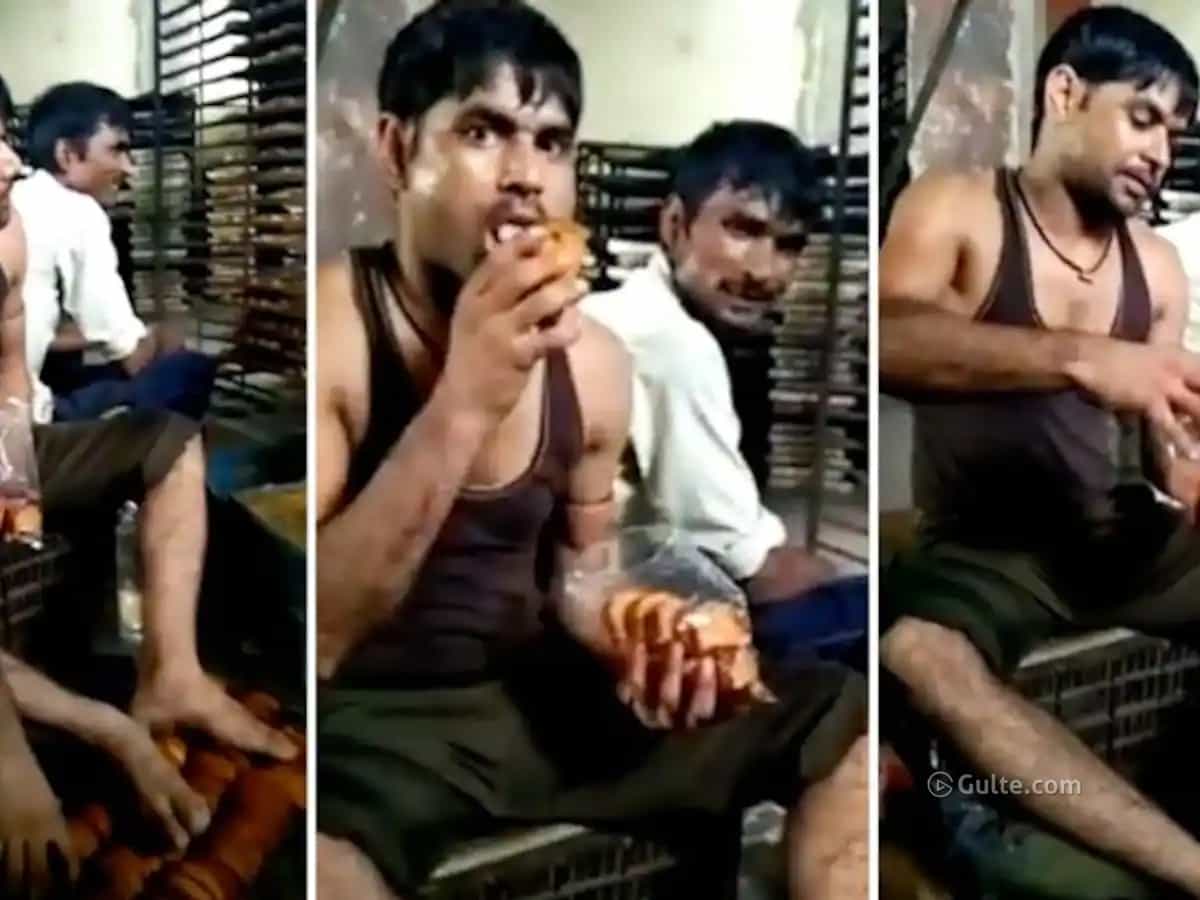 Hygiene has been a constant problem in food factories, not only in India but in many parts of the world. In fact, food should nourish the consumer, not harm them. But this viral video from a risk factory will leave you sick to the stomach.

After watching the video, netizens felt livid and requested cops to catch the man shown in the disgusting video. Actress Raveena Tandon shared the video on her Instagram and vented her ire at the shocking unhygienic practices.

The video was shot at a rusk-making unit but it is unclear as to when and where the video was shot. The moment you see the video, you will think forever to buy rusks. We can see a few workers at the factory purportedly using their dirty feet to arrange rusks in a row on trays. And one worker is also seen licking the rusks deliberately before putting them into packets.

“Hope they get caught and are behind bars forever,” wrote Raveena Tandon while sharing a video. The question is why are the workers doing it deliberately unless he is a psychopath.  “My trust issues dive lower,” wrote a user while another commented, “Che kya karta h log kaisa jahil log h ye.. shrm nai aata . Kya log h. Isko sab ko jail main dal dena chaiye.”

“Kam se kam khaane ki to ijjat karo” and “I will never purchase any baked stuff from Indian groceries anymore…I am disgusted” were a couple of more comments.