Sneha Dubey Is The New Hero Of The Nation 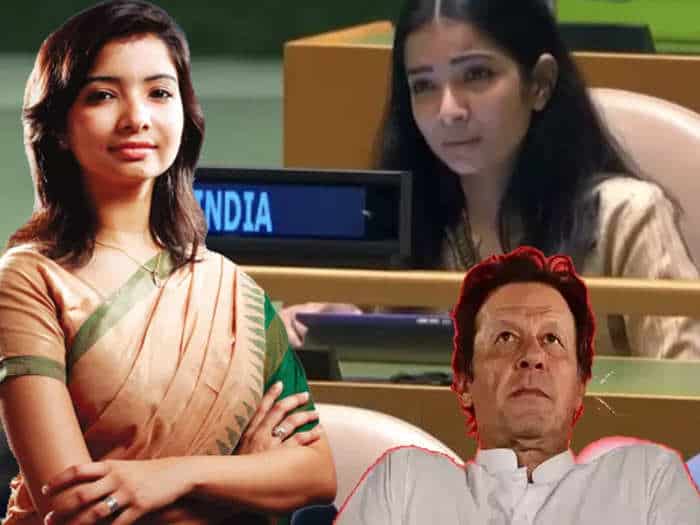 First Secretary Sneha Dubey is the new hero of the nation after she gave a blistering retort to Pakistan Prime Minister Imran Khan in the UN General Assembly. The latter raked up the Kashmir issue in his address to the high-level session.

Sneha Dubey’s strong and powerful reply from the UNGA hall is winning hearts and thus, continuing a tradition seen over the past few years of young Indian diplomats taking on Pakistani leaders, especially responding to their rants over J & K and other internal affairs of India.

“We exercise our Right of Reply to one more attempt by the leader of Pakistan to tarnish the image of this august Forum by bringing in matters internal to my country, and going so far as to spew falsehoods on the world stage,” Dubey said in the UN General Assembly.

“While such statements deserve our collective contempt and sympathy for the mindset of the person who utters falsehood repeatedly, I am taking the floor to set the record straight, the young Indian diplomat said.

In his address, Imran Khan spoke about the 2019 decision of India to abrogate Article 370 as well as the death of pro-Pakistan separatist leader Syed Ali Shah Geelani. “The worst and most pervasive form of Islamophobia now rules India,” Khan said in an address, delivered by video due to Covid precautions.

Dubey said the entire world has suffered because of Pakistan’s policies as the country nurtures terrorists in its backyard. She further called upon Pakistan to immediately vacate all areas under its illegal occupation.

Sneha Dubey is an Indian Foreign Service (IFS) officer of the 2012 batch and completed her schooling from Goa. She went to Pune Fergusson College and Delhi’s Jawaharlal Nehru University (JNU) for MPhil in international Studies. Dubey cleared the civil services examination in her first attempt in 2011. Dubey’s first appointment after being selected in the IFS was in the ministry of external affairs. In 2014, she went to the Indian embassy in Madrid.

Her response to Imran Khan gave her a lot of attention on social media, calling her a fierce woman. “What a way to shut the mouths of the jokers in Pakistan… every word was so carefully chosen… full of facts… brilliant,” said a user on Twitter. “Isn’t she brilliant? I am impressed. So happy to see young guns do so well,” said another.