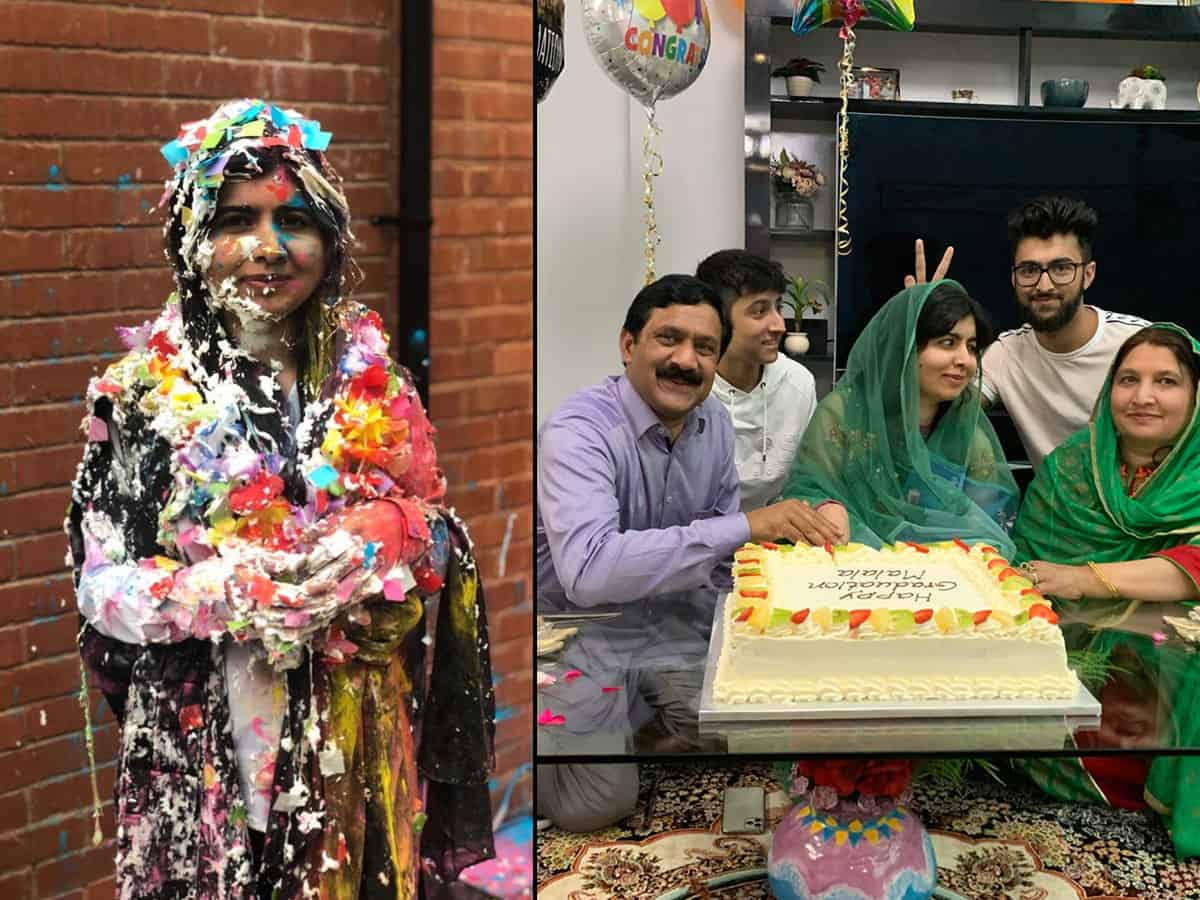 Malala Yousafzai, the young girl who was shot in the head by a Taliban gunman in Pakistan in 2012 after campaigning that girls should be allowed to get educated in the country, was overjoyed after completing her graduation from the University of Oxford.

On the occasion, the 22-year-old Nobel prize-winning human rights campaigner took to Twitter and shared two pictures, one of herself covered in confetti and the other celebrating with her family in front of a graduation cake with the caption: “Hard to express my joy and gratitude right now as I completed my Philosophy, Politics and Economics degree at Oxford. I don’t know what’s ahead. For now, it will be Netflix, reading and sleep.”

Thousands of people replied to her Tweet, including Nasa astronaut Anne McClain, who did two masters in the UK. McClain wrote: “Congratulations on your graduation Malala! For so many, higher education is the start of great things. For you, great things preceded it and I can only imagine the even greater ones to follow. The world is lucky to have you on it.”

Malala was shot in the head, neck and shoulder while going home from school after writing an anonymous diary about life under the extremists. After recovering from her near-fatal injuries, she and her family relocated to Birmingham.

In 2014, when Yousafzai was 17 years old, she became the youngest Nobel peace prize winner.