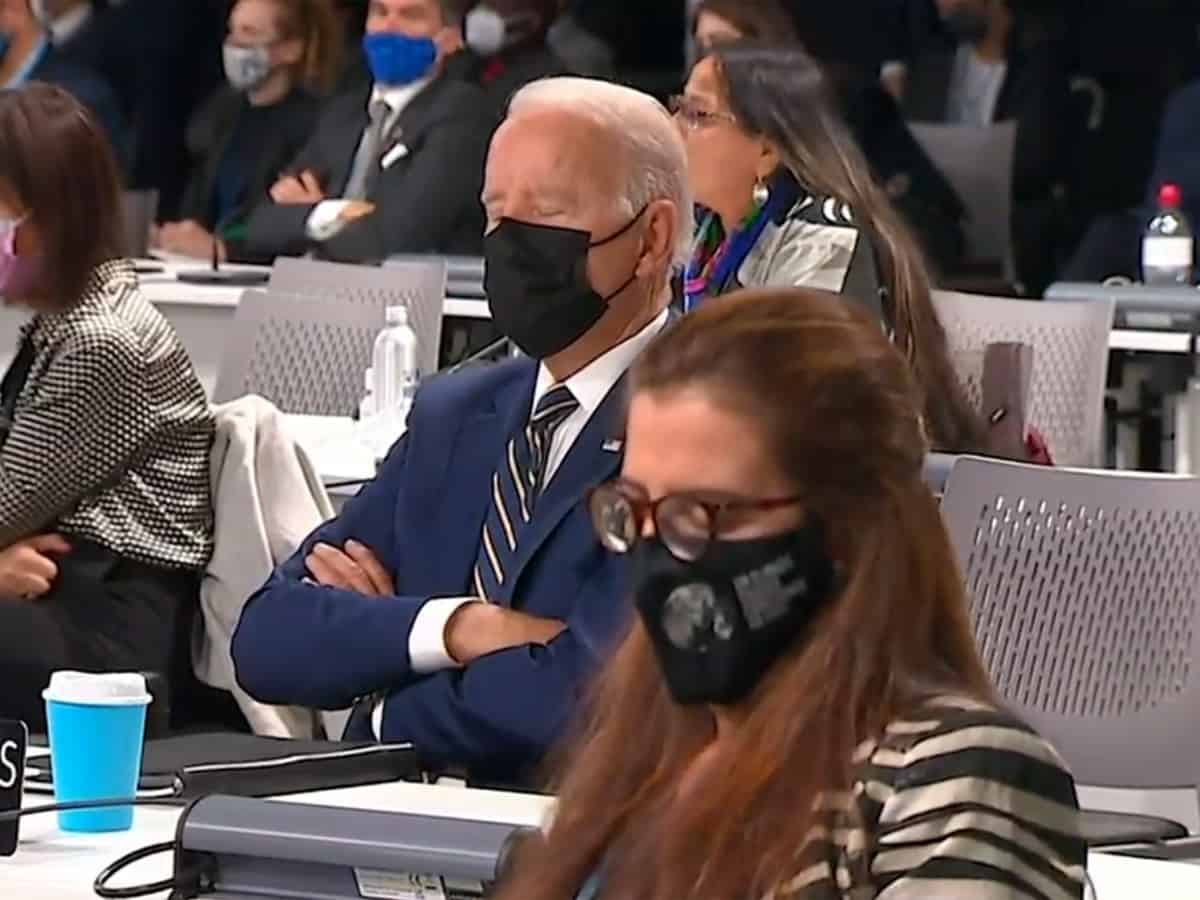 US President Joe Biden’s alleged power nap video during the COP26 climate change summit on Monday is going super viral now on all social media handles. The clipping is also now fodder for memes and trolls. Biden is among the world leaders who have travelled to Glasgow for the climate summit.

The video has been first shared by The Washington Post and we can see Biden listening to a speaker. A few seconds later, the US President shuts his eyes and presumably, dozing off. As the situation is totally fathomable, big leaders like Biden has days packed to the gills with a seemingly endless list of official obligations, and political summits. It is certainly tempting to catch a little shut-eye when you can.

The video further shows his aide approaching Biden and he then opens his eyes. Biden rubs his eyes and becomes fully awake while continuing to listen to the speech. The incident occurred after an hour of opening speeches. At the time of alleged napping, Biden was listening to a pre-recorded message from South African disability rights activist Eddie Ndopu.

The video is now promoting outrage from a section of the Internet and the footage has racked up over 4.5 million views in 24 hours. Once former US President Donald Trump nicknamed Mr Biden “Sleepy Joe” during the 2020 presidential campaign after a video of him allegedly ‘sleeping’ during a meeting with Israeli Prime Minister Naftali Bennett went viral on social media.