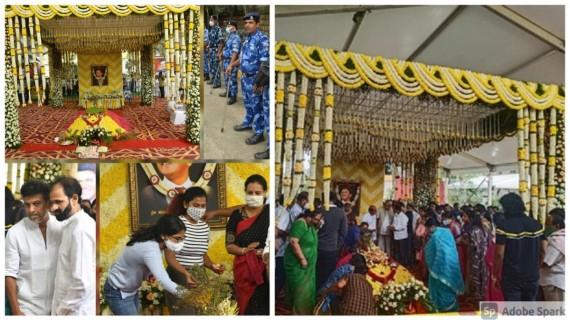 Puneeth Rajkumar’s demise has created a void in the Kannada film industry. It has been almost a week since he left the world and the state of Karnataka is yet to recover from the loss. Meanwhile, the 5-days ritual was held the other day at Kanteerava Studios in Bengaluru.

Puneeth’s family members have offered prayers at his Samadhi at around 11 am yesterday. They offered his favourite dishes like Idly, Ragi Mudda, Natu Kodi Sambar and 50 other delicacies.

Meanwhile, Shiva Rajkumar stated that fans will be allowed to visit Puneeth’s Samadhi from today.

It is reported that Telugu actor Ram Charan will pay a visit to Puneeth Rajkumar’s house today.