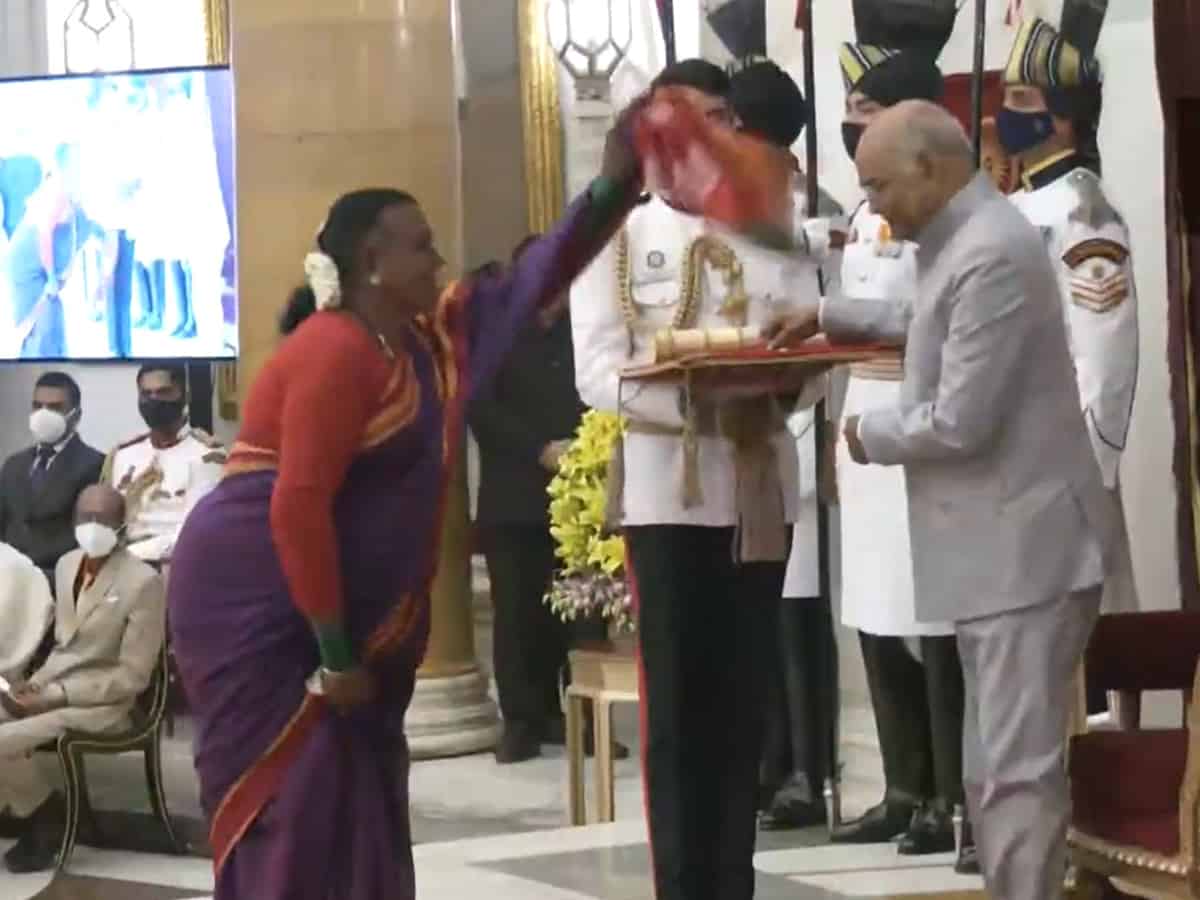 While she was being presented the award, the unique gesture from her attracted all the attention at the Padma Awards ceremony. Manjamma approached the President and made a gesture that is said to be wishing him all the luck. She received the award amid a big wave of claps and applause from the attendees.

Manjamma is now honored with the Padma, but she has decades of social and financial struggle. Manjamma suffered poverty, social exclusion, and rape, but any of them did not stop her from mastering the art forms Jogati Nritya and Janapada songs.

Manjamma was awarded Karnataka Janapada Academy Award in 2006 and 13 years after that she was appointed President of the institution.