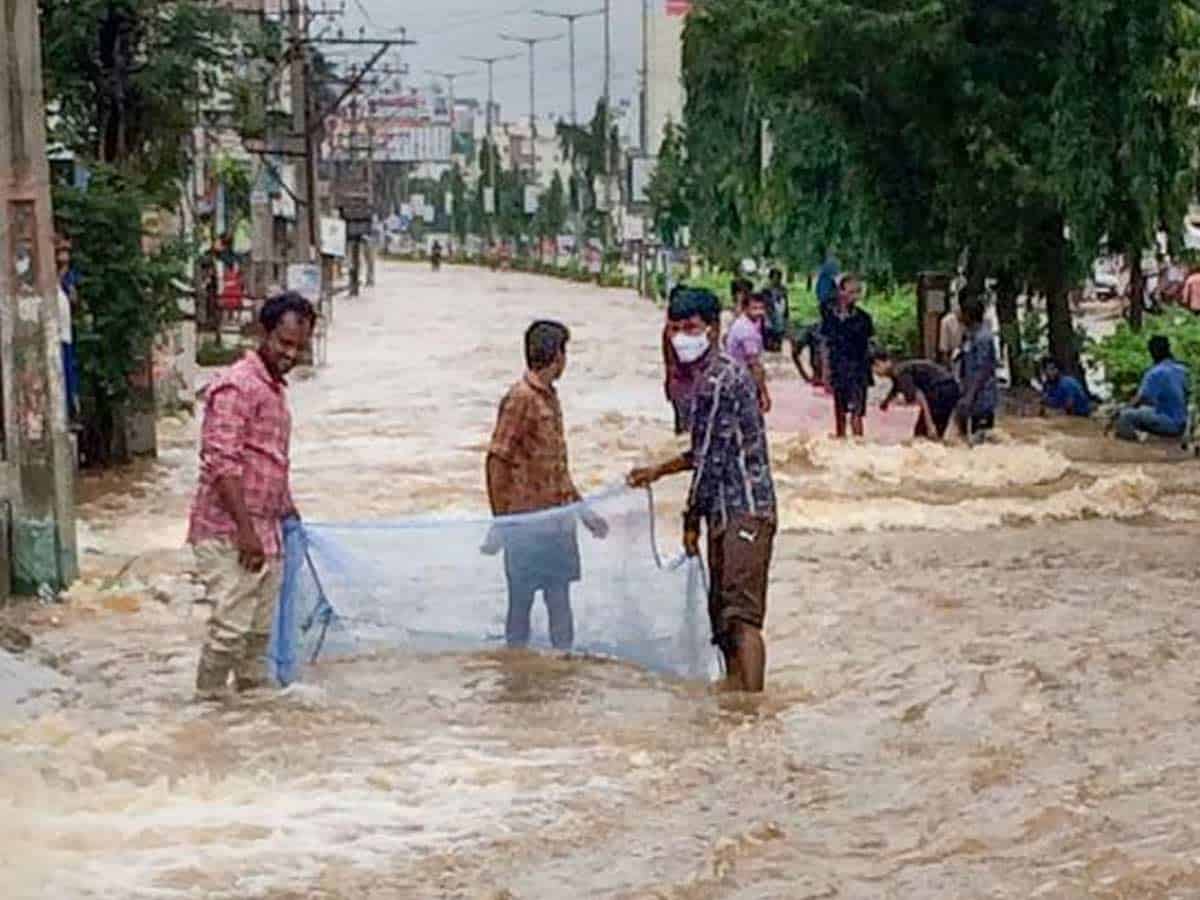 In a tragic natural disaster, nearly 17 people have been reported dead and more than 100 washed away in floods after incessant rains hit Andhra Pradesh. There have been several visuals from the temple town of Tirupati that showed pilgrims trapped in massive floods and Darshan queue lines blocked.

Even ghat roads and walkways to Tirumala Hills have been partially destroyed. The Swarnamukhi river on the outskirts of Tirupati is flooded and the reservoirs are overflowing. The locals and tourists have been reported to be stuck in the floods. Three state transport buses have been marooned and 12 could not be rescued.

Currently, the national and state disaster relief teams have been deployed to manage the severity and rescue operations are in full swing. Also, the Rayalaseema region is worst affected such as Chittoor, Kadapa, Kurnool and Anantapur districts. We can witness rains since Thursday and the Cheyyeru river is overflowing. The Annamayya irrigation project has also been hit.

At present, Kadapa airport is closed and will stay so until November 25. In the latest update, an IAF Mi-17 helicopter evacuated 10 people stranded in the Chitravathi river of Andhra and Ananthapur district’s rescue was carried out by a winching operation. It is learnt that the chopper took off from IAF Station, Yelahanka in Bengaluru, as soon as a distress call was received.

Heavy rains continue to wreak havoc in many districts of Andhra & neighbouring states. In the Kadapa district, 33 relief camps have been opened & 1,200 persons were lodged in them. CM Jagan spoke with Collectors of districts and ordered to step up rescue and relief measures.