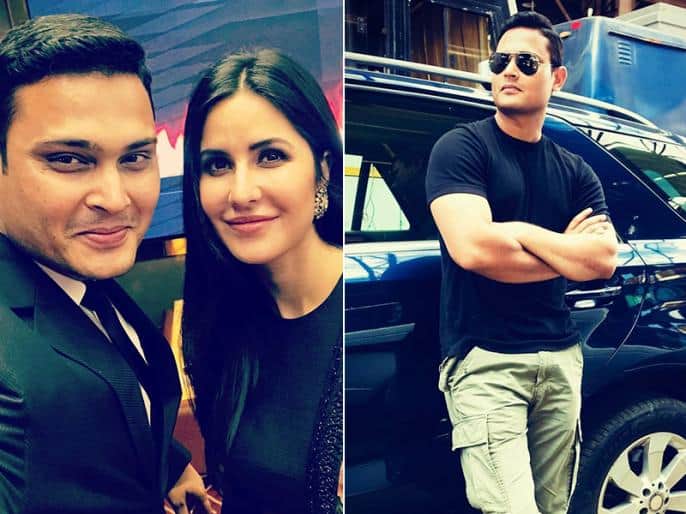 Katrina Kaif, who is one of the most sought-after actors in India, has a model-looking bodyguard and the internet is gasping for breath looking at the charming man. Deepak Singh, Katrina’s bodyguard, who is often seen travelling every moment with her, appears in almost every picture with the star. He is just so good and handsome that he overshadowed other celebs and became headlines.

The praises for Deepak Singh have been pouring in on social media and seem to never stop. And one comment “Her bodyguard looks better than most men she has ever dated” sums up the craze he currently has among the youth. Deepak is often spotted at the airports, on sets, and in film screenings with Katrina Kaif. One can easily mistake him for a model as he is always dressed like a style icon, looking presentable and impressing the paparazzi.

“I need to look different from other guys. Dressing well also gives you an edge. If you wear a normal safari, it gives everyone a notion that this guy is a security guard. So you need to look presentable if you are travelling with a VVIP. You need to blend in,” Deepak had once said in an interview. Apart from Katrina, Deepak Singh has also worked with several stars, temporarily providing them security on various occasions. And the list includes Salman Khan, Madhuri Dixit, Jacqueline Fernandez, Paris Hilton, Deepika Padukone among others.

Deepak Singh was born to an Air Force officer and dreamt of becoming a cricketer. It is said that after his failed attempts in cricket, Deepak took the advice from his brother-in-law, actor Ronit Roy, and entered ACE Security. Reportedly, Deepak’s first on-field assignment was as a doorman on the sets of Sanjay Leela Bhansali’s ‘Black’.