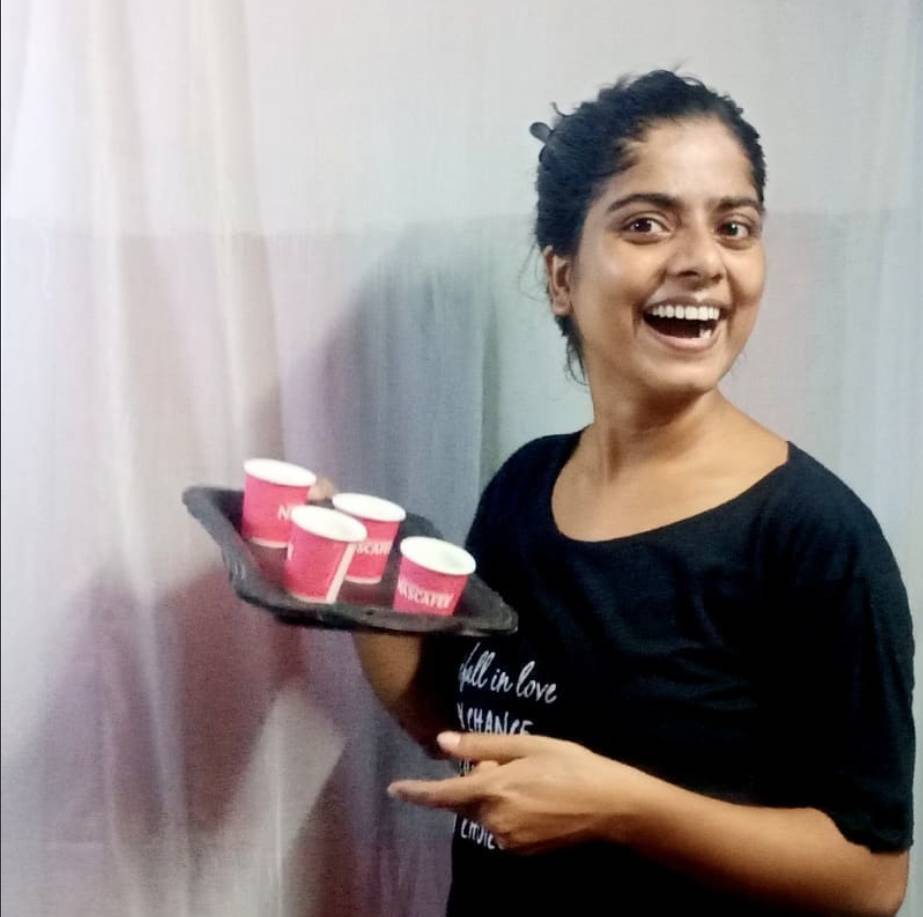 Inspirational stories are tales of hope, promise, and encouragement. They evoke emotion in the reader and one such inspiring tale we want to share is of Kolkata’s Tuktuki Das’. She earned an MA in English and her parents wanted her to become a teacher. Despite several efforts, Tuktuki, even with her MA degree,  could not land a job.

She says she tried everything she could to get a job. After many attempts, she decided to sell tea. She opened a tea shop in Habra station in North 24 Parganas.  Right at Habra station, one can see the banner of Tuktuki’s shop that reads ‘MA English Chaiwali’.

Tuktuki’s father is a van driver and her mother owns a small grocery shop. Both parents were unhappy with Tuktuki’s plan to sell tea. But Tuktuki did not stop and decided to open the tea stall anyway. She was inspired by the story of an ‘MBA chaiwala’ about whom she read on the Internet.

She says she always believed that no work is small or cheap. Therefore, she started working on her own tea shop. She started selling tea and snacks. “Because I have an MA degree, I named the shop this way,” she quoted.

Tuktuki’s father Prashanto Das said that though they were unhappy with her idea, they have reconsidered her decision as they thought that if this is her decision so as to become self-reliant, then let it be. People who go to have tea at Tuktuki’s shop said that they are attracted to her stall’s name and inspired by her story.

If you are determined to do something different in life, then nothing is impossible, and Tuktuki Das proves this. Her story also brings sudden sense of motivation or feeling of hope in a desperate situation among the youth. More power to you, girl!