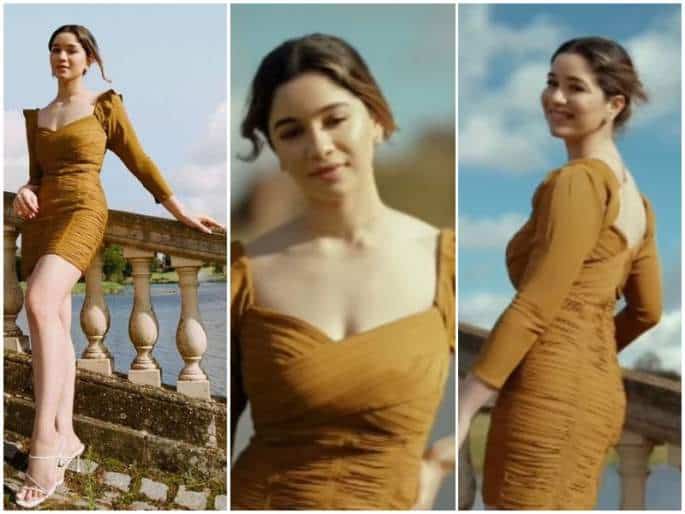 ‘God of Cricket’ Sachin Tendulkar’s daughter Sara Tendulkar is the paparazzi’s favourite. She never fails to bowl us over with her jaw-dropping fashion outfits. Sara is a fitness enthusiast and often gets clicked at the gym by the shutterbugs. And finally, the young lady has made her modelling debut.

Sara recently collaborated with a popular clothing brand for the same. She made her grand modelling debut along with actress Banita Sandhu and Tania Shroff. The trio is seen posing together in the promotional video. Sara is so professional and hardly looks like an amateur in the field. Now that she has now made her entry into modelling, her fans are uncontrollably excited.

Sara posted an advertisement on her official Instagram account where she is seen posing for a clothing brand. Sara, Banita Sandhu, and Tania Shroff, all three looked super gorgeous who reminded us of international pro models. Sara Tendulkar is an active social media user and she has a whopping 1.5 million Instagram followers. She is admired for her brilliant fashion choices and her zeal to stay fit all the time.

Meanwhile, talking about the other two ladies in the commercial, Banita Sandhu is a Welsh actress who works in Bollywood. She made her debut in the 2018 film October opposite Varun Dhawan. Banita was also featured in Arjun Reddy Tamil remake Adithya Varma and the American science fiction series Pandora. She was last seen in Vicky Kaushal’s Sardar Udham. And, Tania Shroff is the daughter of Industrialist Jaidev Shroff and Roomila Shroff. She is currently in a relationship with Tadap star and Suniel Shetty’s son, Ahan Shetty.