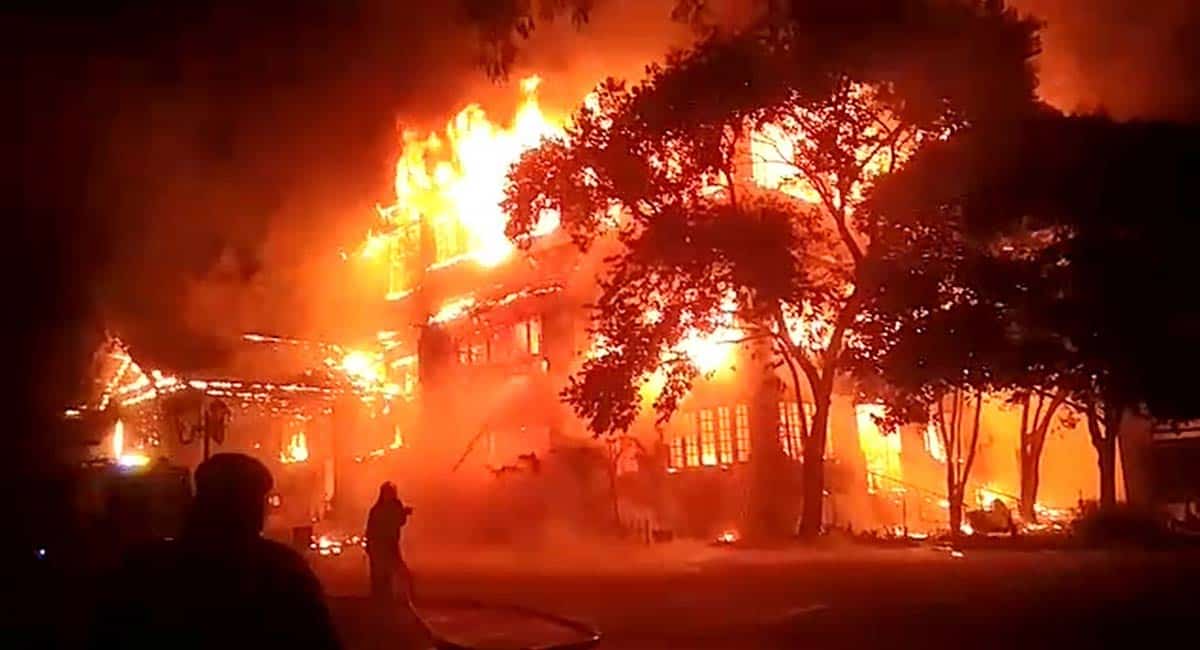 One of the five oldest clubs in India, Secunderabad Club was destroyed in a massive fire that broke out early this morning. The city Hyderabad had to witness one of its historic buildings going up in flames. The club was established by the British in 1878 and was located on a lush green 22-acre campus.

The reason for the fire is believed to be due to a short circuit that started around 2:30 am. No casualties have been reported, officials said. However, there’s been damage of Rs 40 crore. The police commissioner of Hyderabad city, CV Anand, said the 50,000 square ft built-up area was largely made of wood, so the club did not stand a chance despite fire and police rescue efforts.

The video footage on the internet showed the club engulfed in a huge blaze and the building is seen collapsing. During Salar Jung 1 era, the Club was situated in a small run-down building and when the resident desired to come to the Club, Salar Jung learned about it and offered his hunting lodge as a fitting building to house the club.

Until 1947, there were only British Presidents of the Club and a few high-ranking nobility were offered membership and were members of the Secunderabad Club. The club had 8,000 members in the last year and has been given heritage status by the Hyderabad Urban Development Authority. It boasted of a cricket field, swimming pool and many other outdoor sports facilities.

Built-in Old British style, it’s a great loss to no longer have that spacious ballroom and an open-air theatre. The club also had a 5-star accommodation that included Heritage Suites. Its library, Colonnade Bar, and the administration office are among the structures that were destroyed in the fire as well.