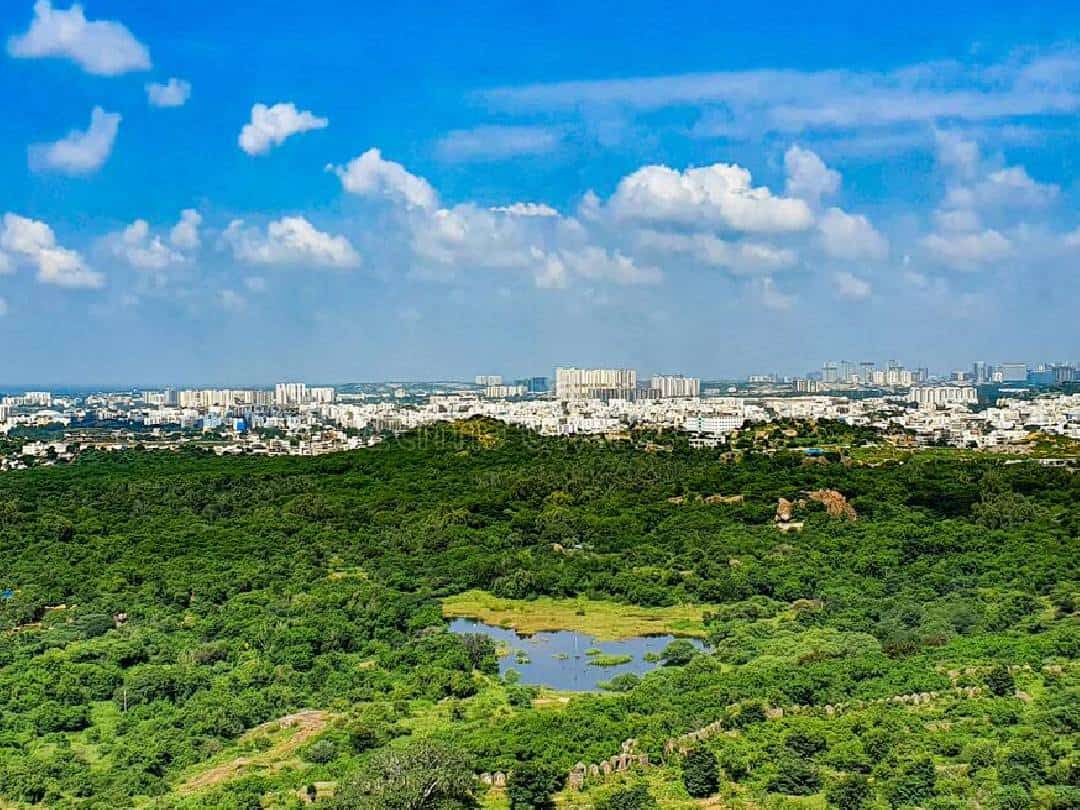 Hyderabad has topped all mega cities in the country in green cover developed over the last decade. As per the Indian State of Forest Report (IFSR) 2021, the City of Nawabs witnessed a whopping 147 percent increase in its green cover from 33.15 sq km to 81.81 sq km.

Telangana CM KCR’s brainchild initiative Harita Haaram, planting saplings, seems to have delivered its yields. Plantations have been done across the Telangana state, particularly in the state’s capital city. Plantations along highways, along the 158 km Outer Ring Road, road intersections, development of parks are some of the key measures taken by the state government which made Hyderabad top the country in the green cover. Development of urban forest parks is touted to be another huge contributor behind the increase in the city’s green cover.

A major highlight of the achievement was development of 188 forest blocks in 129 locations in HMDA limits. A total of 1.60 lakh acre was being rejuvenated. In all, 59 urban parks located in HMDA over 59,522 acre being rejuvenated. Of which, 16 urban reserve forest parks are said to be ready. On Warangal highway, plantation is being done aggressively. In about two or three months, the plantation is expected to be completed upto Alair. CM KCR and Minister KTR are said to be elated as Hyderabad topped the country in the green cover.