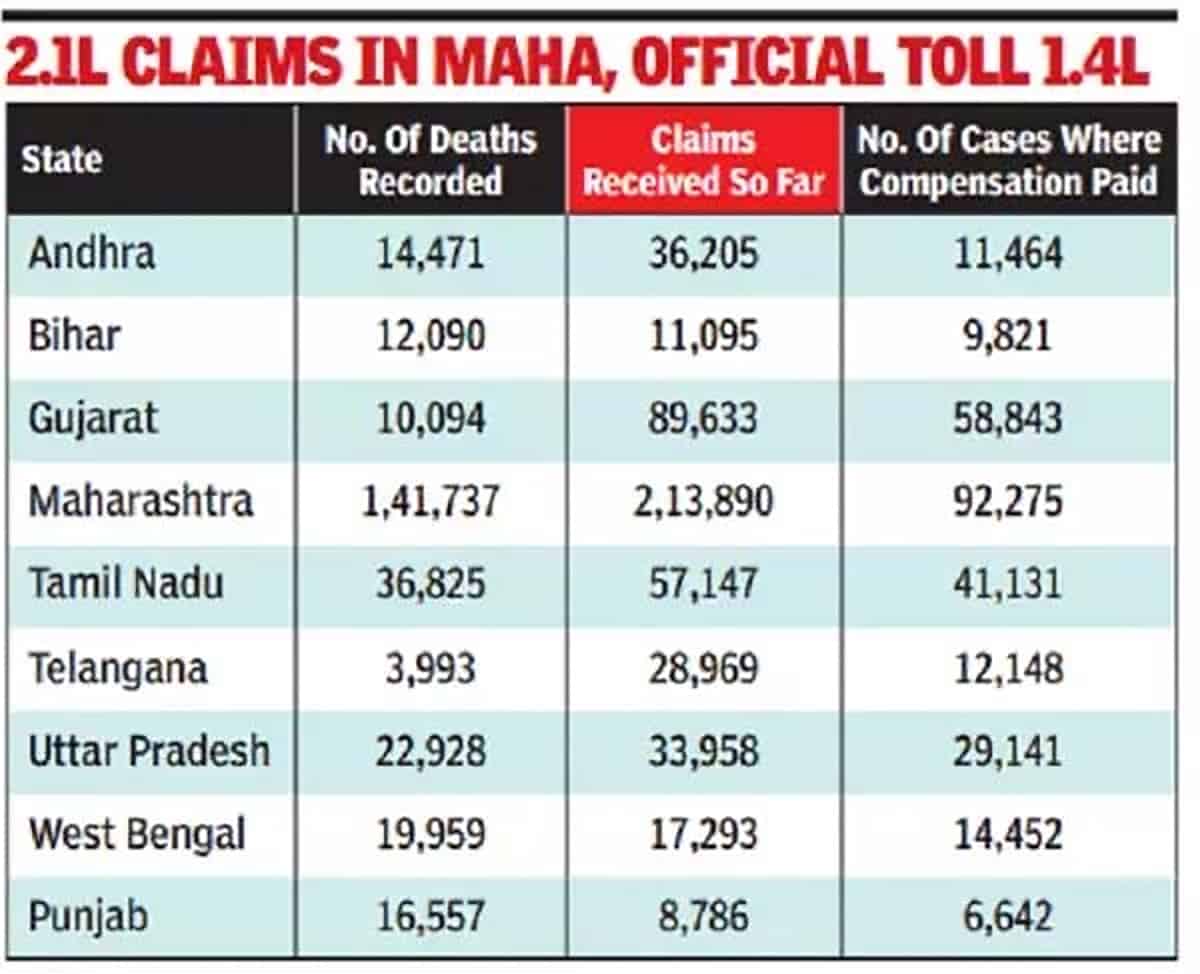 The number of Covid-19 death claims filed by Telangana in the Supreme Court far exceeded their official death toll. It is seven times higher.

The case is similar even with Gujarat state, which is nine times higher. And the gap between the official toll and compensation claims is highest in Maharashtra.

Although the number of claims is generally expected to be higher because of the SC’s broader definitions in its guidelines, the gap is still exceedingly high in a few states.

In Telangana, around 29,000 claims have been received against the official figure of 3,993 deaths, among which 15,270 have got approval. And, the claims add up to 2.13 lakh compared to the official toll of 1.41 lakh in Maharashtra.

There have also been cases where the number of claims was lower than the official toll in some states, probably resulting from a lack of awareness of compensation in rural areas.

Also, the Gujarat government has told the SC that it had so far sanctioned the compensation of Rs 50,000 each to 68,370 claims filed by the family members of patients who died due to coronavirus infection in the state.