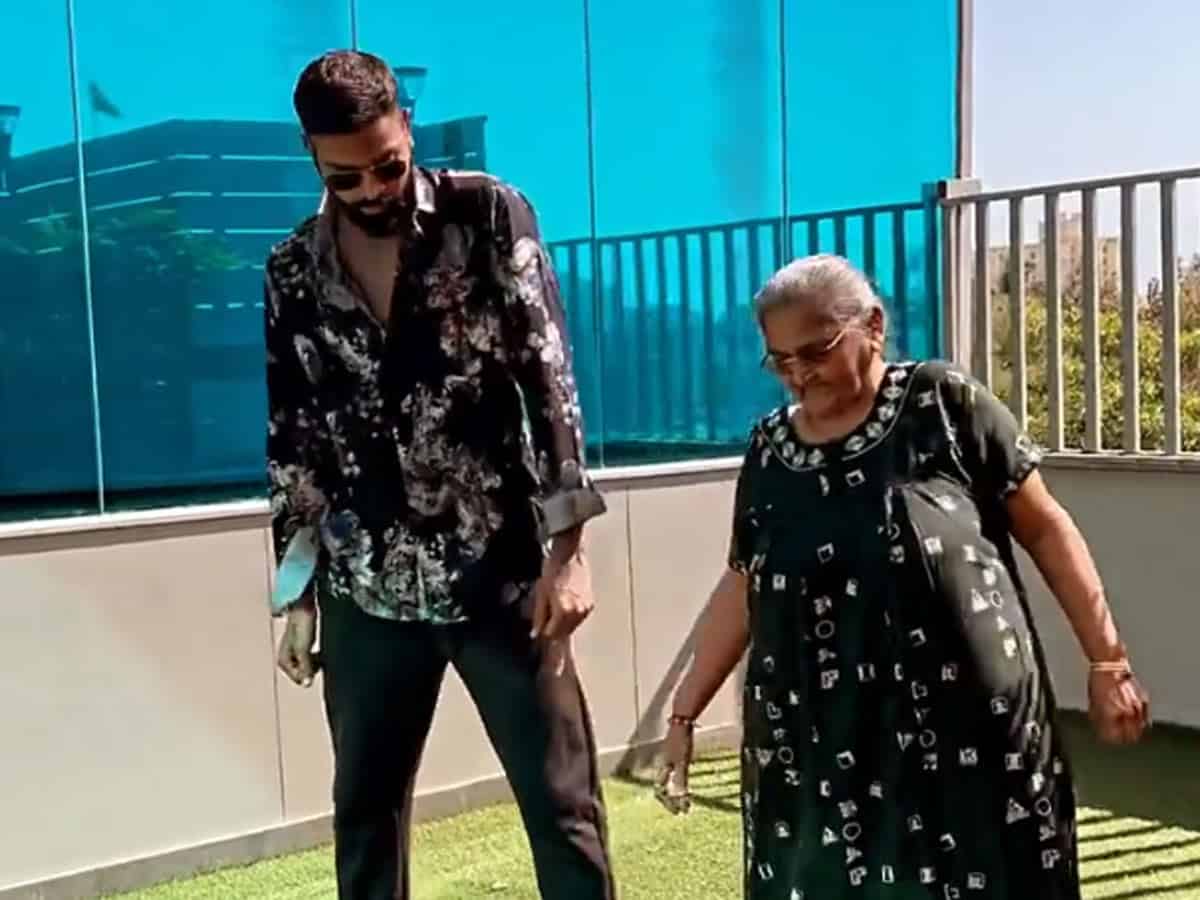 We have seen cricketers getting hooked by Allu Arjun’s signature step of dragging the foot from the song ‘Srivalli’ and now we have one of the cutest videos on the internet.

Cricketer Hardik Pandya attempted this signature step along with his grandmother. Sharing the video on Instagram, Pandya wrote, “Our very own Pushpa Nani.”

Pandya’s granny looks really old but pulls off the ‘Srivalli’ step with ease while signing off, she enacts the ‘Thaggede Le’ with Pandya and that’s sweet. This video already received over one and half million likes and it’s viral all over now.