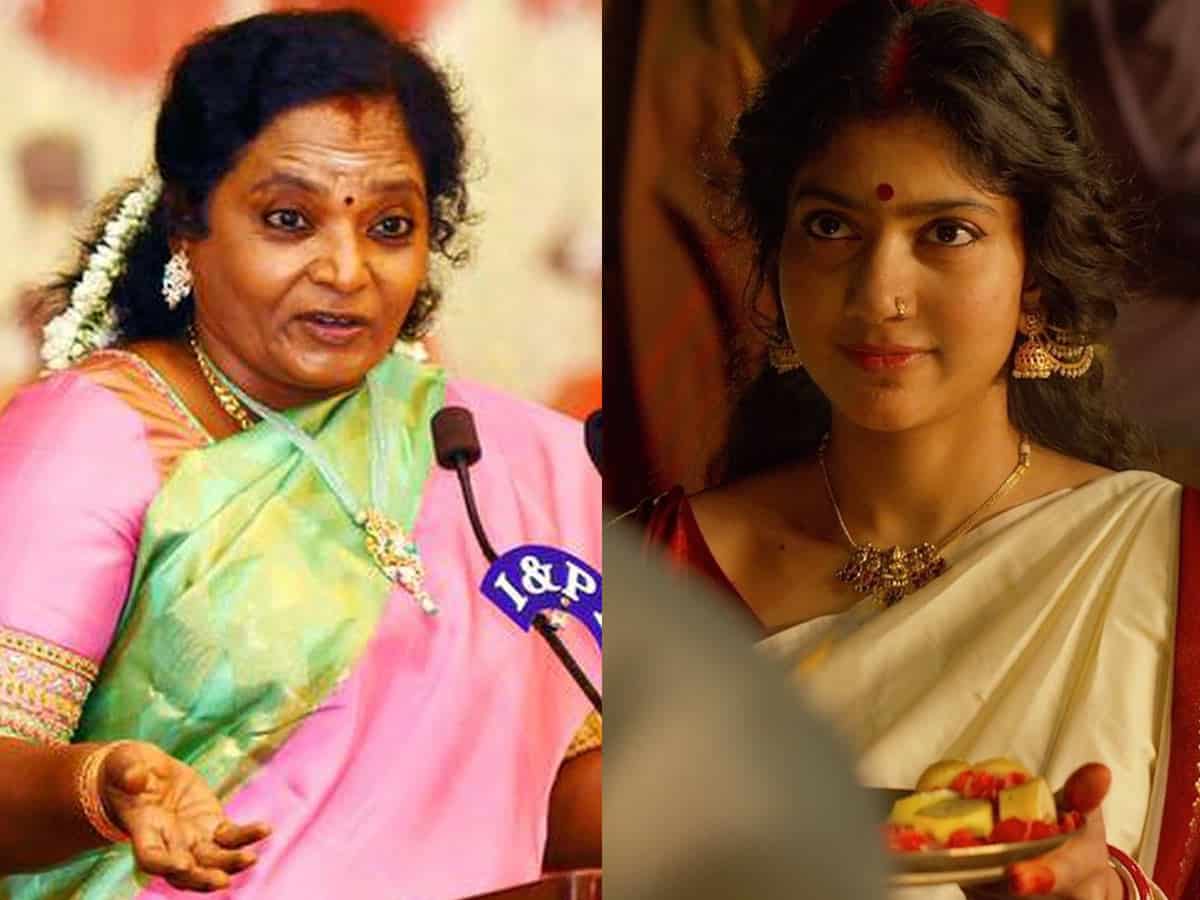 Dr Tamilisai Soundararajan, who is serving as the second and current Governor of Telangana, and as a Lieutenant Governor of Puducherry, extended her support to actress Sai Pallavi who got body-shamed by a Facebook user. A social media user criticized the looks of Pallavi saying that she is not looking beautiful in the Devadasi role of Shyam Singha Roy.

The film is on Netflix and netizens lauded how the makers handled the sensitive subject of the Devadasi system. Sai Pallavi’s portrayal of Maithri, a young woman from the Devadasi community, has won accolades for her performance. However, a viral post in Tamil reads that the actress is not beautiful and Dr Tamilisai Soundarajan did not keep calm.

On the one hand, Sai Pallavi is someone who does not believe in glam shows and makeup or other beauty standards in the modern world. On the other hand, Dr Tamilisai also fell victim to brutal trolls and abuses for her appearance. “It is only those who have been mocked like this who will know how much it hurts. I have been hurt, but I’ve overcome it with my talent, my hard work and toil. We’re not Mahatmas to be unaffected by such comments. I’ve ignored it but if you ask me if it hurts, of course, it does,” Tamilisai said.

“Being born as short, dark-skinned, or with hair like mine is not our mistake, and there is beauty in all of this. That’s why our proverb says kaakkai thann kunju ponn kunju (a crow considers its chick to be a golden chick, no matter what its colour), and it doesn’t reject it because it’s dark,” she added.

She further pointed out how women always get body-shamed while men do not face as much criticism for their appearance. She added that women also face ageist discrimination while men who are in their 50s are still considered to be young. “A society which cannot stop women from progressing tries to curtail their rapid stride by hurting them,” she said.

This is not the first time as Dr Tamilisai has earlier spoken out against body shaming. In January 2019, she responded to an offensive cartoon in the Tamil daily newspaper that made her look deliberately dishevelled by exaggerating the appearance of her hair. “Women who are fairer than I am are not mocked like this by this society. That is a perversion. Even if I am a decent woman, a doctor and a politician, they only pay attention to my complexion and my physical appearance. This is a big injustice. They don’t like it when a woman grows as a strong leader. It is natural then that women are basically not respected. Those who have the basic nature of not respecting women are the ones capable of passing opinions like that. When people coming from a strong background like mine are mocked like this for being a woman, how will other women get the courage to enter politics?”