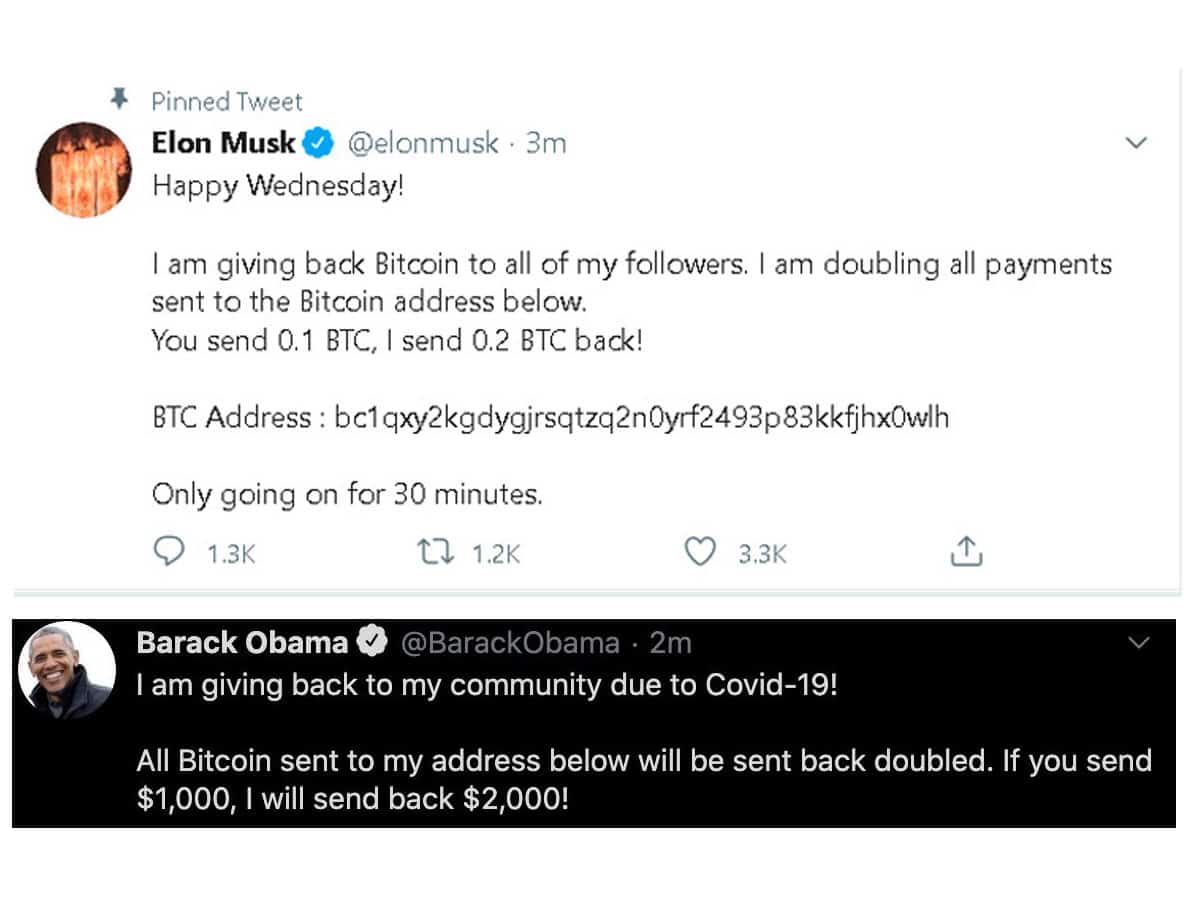 In a rather shocking update, the Twitter accounts of Joe Biden, Bill Gates, Elon Musk, Barack Obama, and Apple and many other prominent people and organizations handle got hacked. Their handles appeared to have posted tweets promoting a cryptocurrency scam.

Twitter support reacted to the same saying they are investigating and taking steps to fix it. Twitter within an hour prevented holders of verified accounts from tweeting and prevented them from tweeting or resetting their password while they review and address the incident.