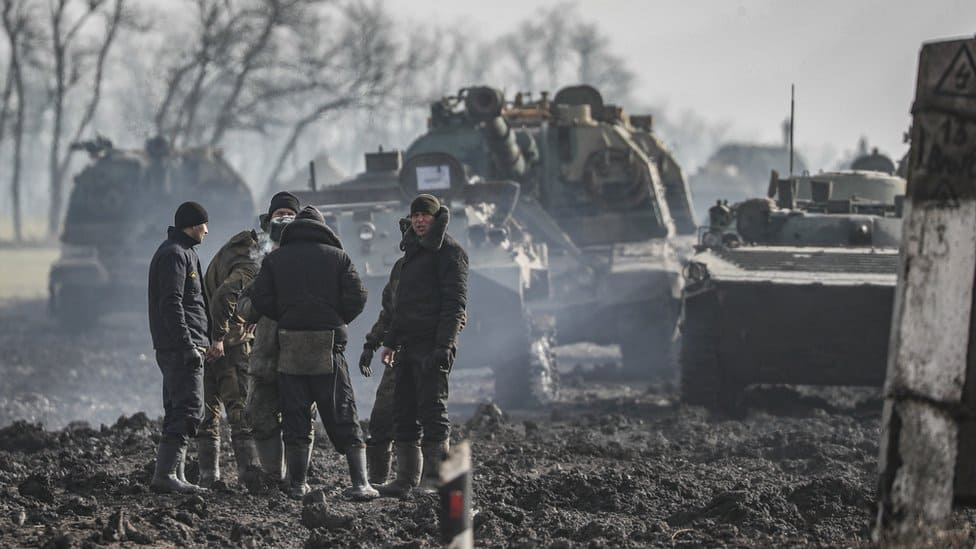 The Russian state television has declared that World War III has already started after the sinking of its naval vessel Moskva in the Ukraine war. The chilling statement from a leading television presenter came as it became clear Moscow has lost another high-flying GRU military intelligence agent in Ukraine, the latest blow to the Kremlin’s most elite spy service.

But the sinking of the ship led to a meltdown of the Kremlin’s main propaganda mouthpiece Russia 1. Presenter Olga Skabeyeva made the shocking statement, informing the viewers that “what it’s escalated into can safely be called World War III” and insisted “that’s entirely for sure.” The propagandist presenter added: “Now we’re definitely fighting against Nato infrastructure, if not Nato itself. We need to recognise that”.

A guest on the show compared the sinking of Moskva to an attack on Russian soil, despite the Kremlin insisting that it went down because of a fire. The man was reminded that instead of calling it a war, the government-approved phrase to be used for Russia’s invasion of Ukraine is “special military operation”.
Ads by

The clip of the show is going wildly viral on social media. A Tweet made sense that read “They’ve lost 500 tanks, another 2,000 other vehicles, 82 aircraft, 18,000+ soldiers and a battlecruiser. NATO hasn’t even arrived yet. It is fair to say that this war against NATO is not going well for Russia”.

On another state-run television channel, an anchor argued that Ukraine was doing the West’s bidding by carrying out “yet more provocations, bloody, horrible, completely unthinkable.” These will “force people to shudder once again and say that Russia Is a country which is unworthy of even being on the world map and that all Russians should simply be wiped off the face of the earth”.

She claimed Ukrainians were delighted to see Russian troops in their country. Blame the Ukrainians for “genocide, not the Russians, she claimed. Russia has previously said it considers arms being delivered to Ukraine’s legitimate targets. The Kremlin has also responded furiously to the news Sweden and Finland are set to apply to join Nato in response to the invasion. Pro-Ukraine sources say the Moskva was taken out in an operation using drones to confuse its anti-missile defence systems.

Russia said all 500 crew on board were evacuated but it’s likely there were fatalities. It is the largest vessel to be sunk in combat since the Royal Navy took out the Belgrano during the Falkland War and the most significant naval casualty since the Second World War.