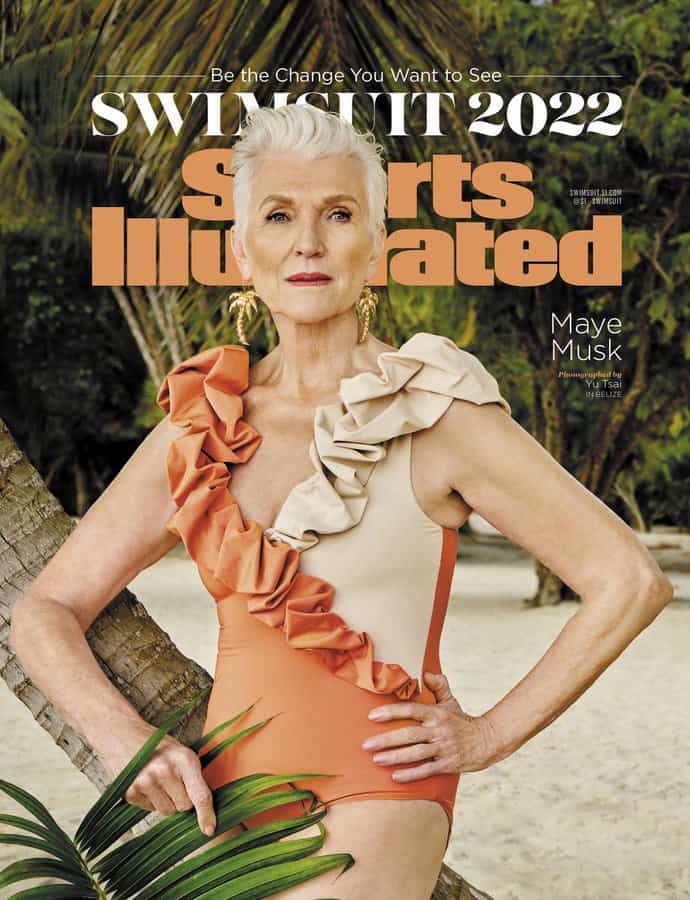 Two weeks back world’s richest man Elon Musk walked on the red carpet at the Met Gala with his mother Maye Musk. Now the latest pictures of Maye Musk are going viral as she stunned everyone in bikini and swim suits and guess what she is aged 74.

Flashing on the cover of Sports Illustrated’s swimsuit edition, Maye Musk wore a variety of swimsuits like a floral BAHÍA MARÍA one-piece, a ruffled Maygel Coronel suit, a cutout suit by OYE and a Zimmermann two-piece. Maye is one of four women on the issue’s cover this year.

“I am so excited to be on the cover of @si_swimsuit at the age of 74. It’s about time!” tweeted a thrilled Maye Musk. These pictures are getting flooded with likes, comments and retweets.

This is not the first time that Maye Musk appeared on the cover of a magazine. In 2011, Maye posed nude for Time Magazine’s health issue and then she became Covergirl’s oldest spokesmodel at age 69.