Viral: How Trains At Sec’bad Station Were Torched! 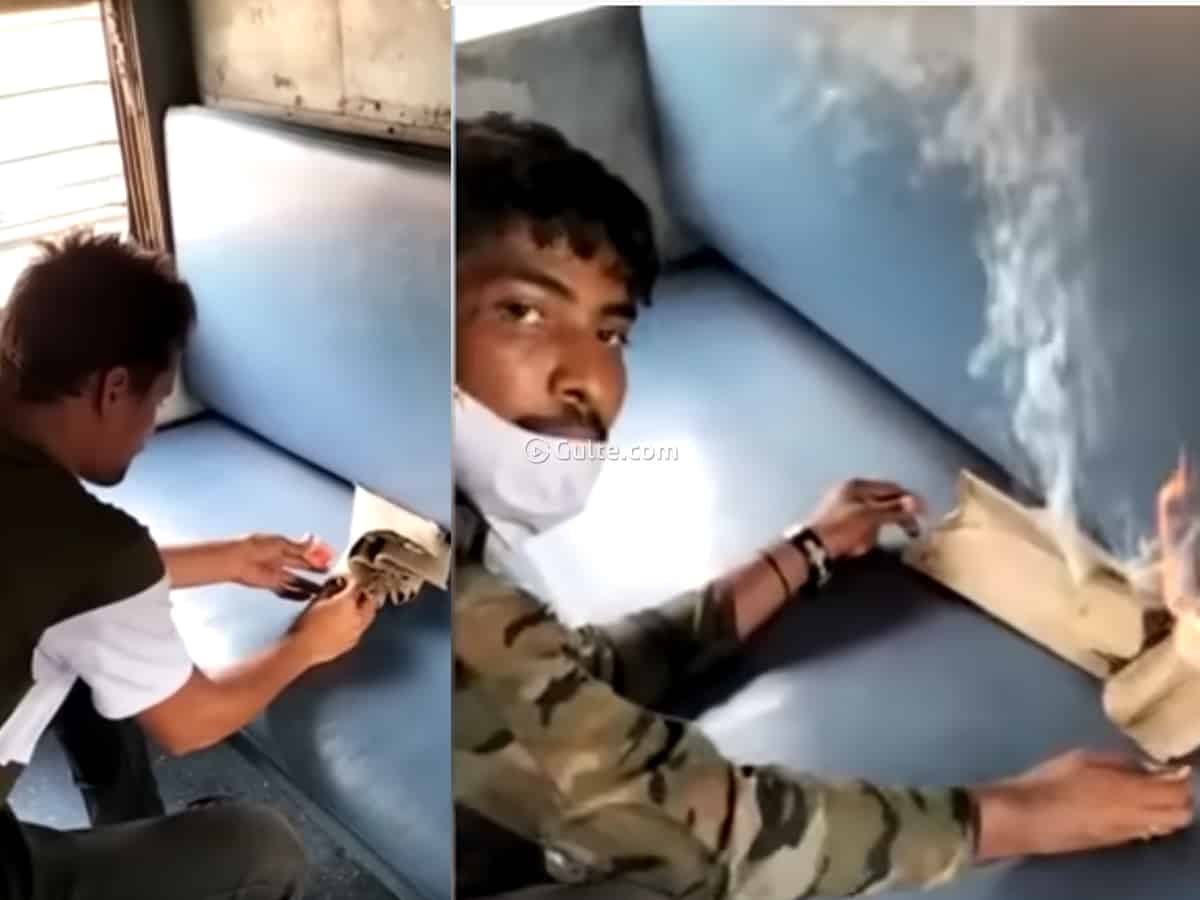 The violent protest by unemployed at Secunderabad railway station invited national attention. The police have arrested 45 youngsters in connection with the protest and as part of their investigation, the police seized phones to extract crucial information

The police found out there were multiple WhatsApp groups and nearly 12 admins of their groups were detained. When the first batch of youngsters reached the railway station, some entered the empty train with newspapers and between the seats, newspapers were placed and fired up. This was recorded and the video was shared in the WhatsApp group. This video provoked other protesting youngsters and they went on to destroy the property in the railway station.

In a viral video we see a protester lighting up the newspaper and placing it between the seats. The police have identified these culprits and if found guilty these youngsters could face life or death sentences, experts say.

The Railway police which is probing this case, shifted it to SIT and in the remand reports, a total of 56 were accused of hatching this violent protest. All the 56 have said to have cleared the medical test for the army and were waiting for the written test. Now these youngsters are unfit to join the army.