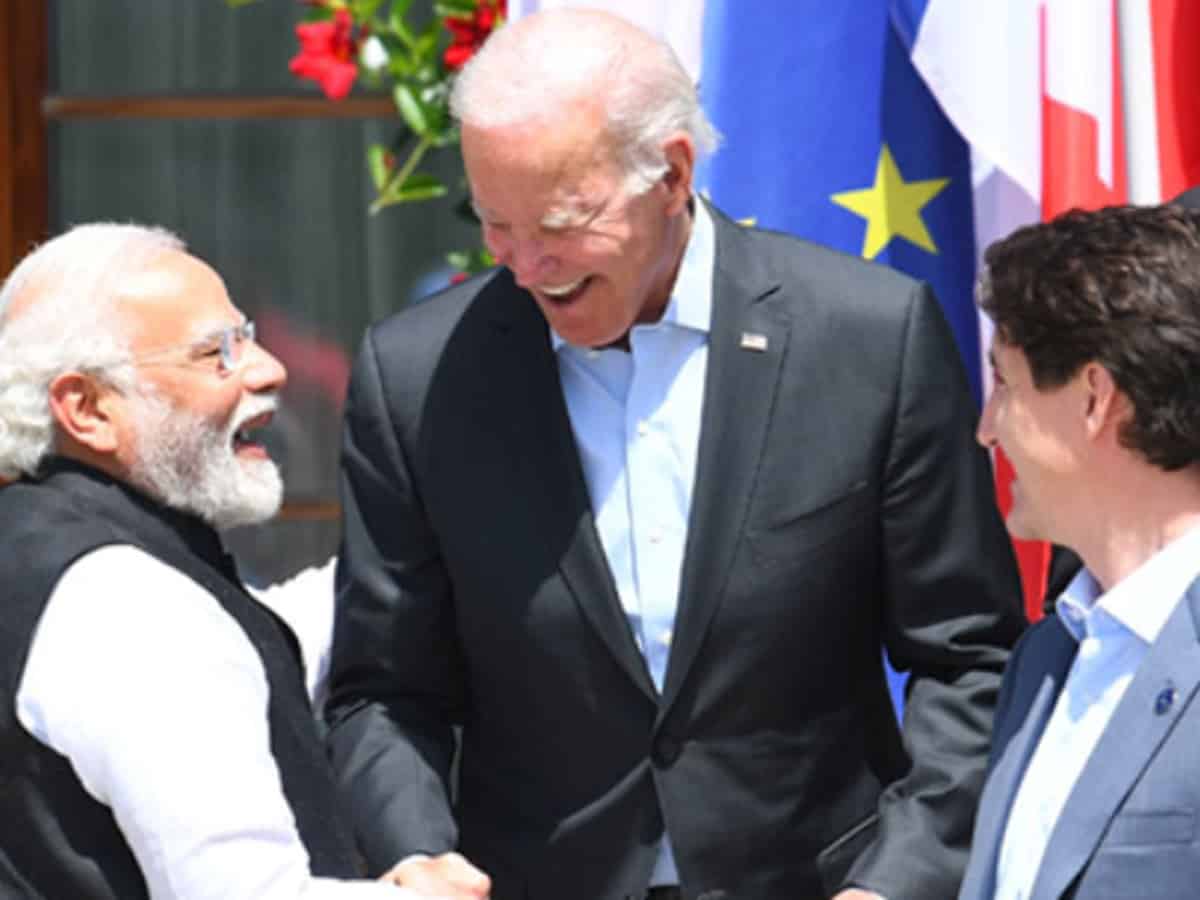 Prime Minister Narendra Modi is known for his camaraderie with world leaders. PM Modi attended the G7 Summit in Germany, as India is among the five partner countries invited to attend.

While the leaders are getting ready for a group photo, the US president walked up to PM Modi and greeted him by tapping the latter’s shoulders. Modi was chatting with Canadian Prime Minister Justin Trudeau then.