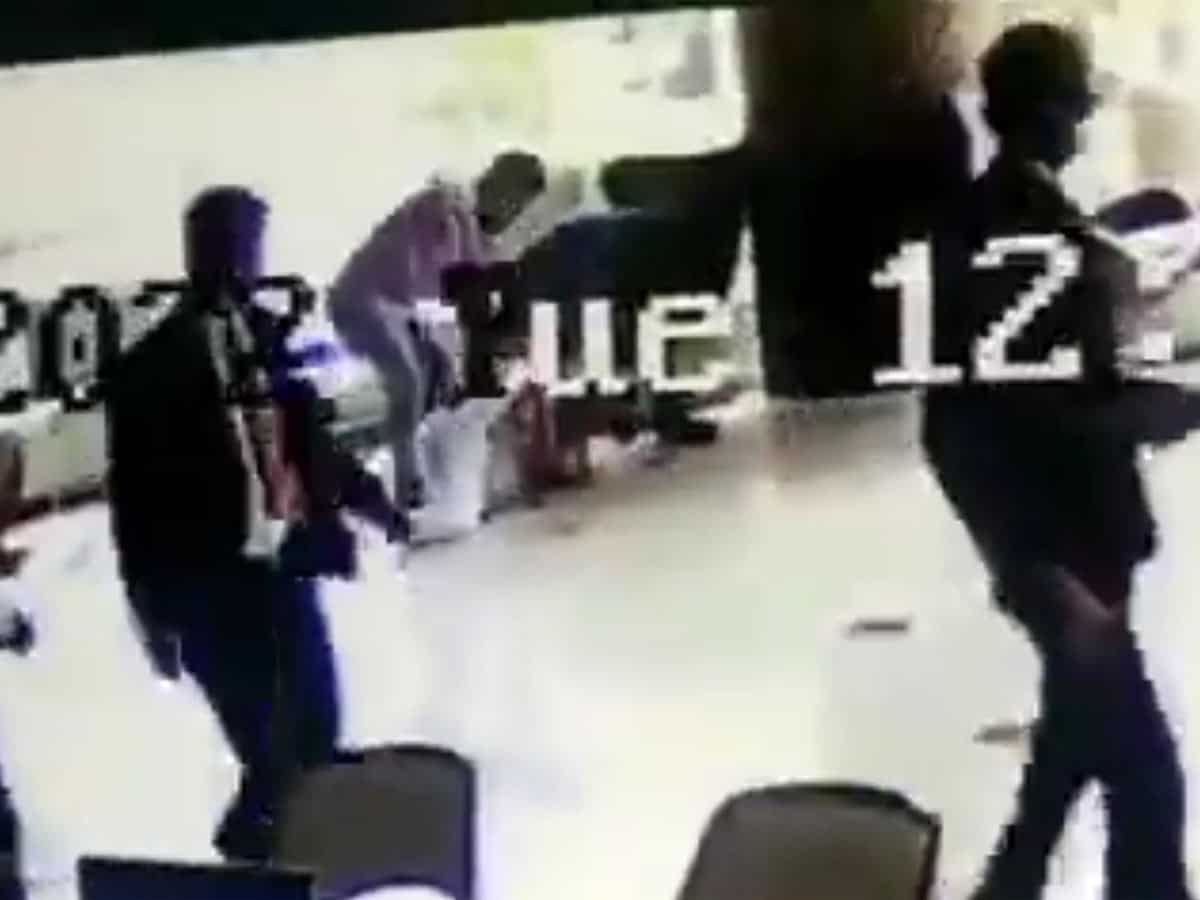 The recent gruesome killing of a tailor in Udaipur shocked the whole country. Days after that, here is yet another horrific killing caught on camera.

A Vastu expert in Karnataka, Chandrasekhar Guruji has been stabbed multiple times by two men at a private hotel in the Hubbali district. The horrific footage from CCTV cameras shows how the two men posing as devotees waited for him in the reception area and later killed him by stabbing him. The two men have been arrested now.

The two men waited for him to settle in the chair and one of them touched the feet of Chandrasekhar guruji to seek his blessings while the other one starts stabbing him with a knife which was concealed in a white cloth.

Chandrasekhar guruji tried to defend himself and shouts in pain, but both the killers repeatedly stab him with knives all over his body. Many onlookers took a while to process the attack and a few of the hotel staff tried to approach them. The killers threatened all of them with their knives and fled the scene.