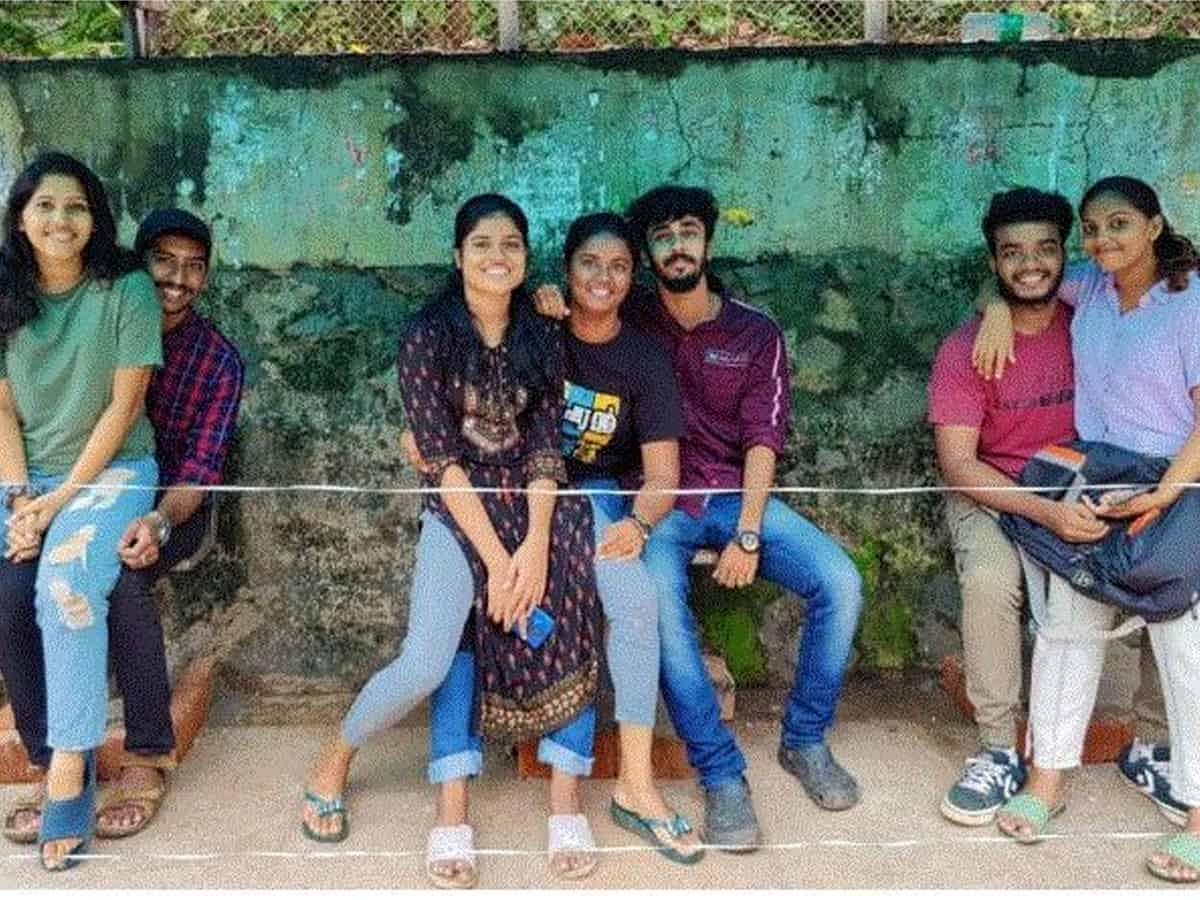 Students of an engineering college in Trivandrum chose a unique way to protest against locals. On Wednesday, the college students sat in each other’s laps at an old waiting shed in Sreekaryam, close to the College of Engineering Trivandrum. This came as a reaction to locals’ attempts to enforce moral policing by breaking the bench into three separate seats so that the students’ — both male and female genders wouldn’t sit next to each other.

The engineering students smiled into the camera while sitting in each other’s laps with their hands wrapped over their shoulders. They shared the image on social media, where it quickly gained popularity as a reply to people who want to see boys and girls sitting in different rows in the school. The photographs of this ‘laptop protest’ are going viral ever since and it has been receiving mixed reactions from netizens. While some people came in support of students, some questioned the actions of those people seen in photographs.

“After our post went viral, we got a lot of support from people. We also got negative comments on Facebook. But it’s okay to be criticised when justice is on our side,” said a student.

Student bodies such as SFI and DYFI also came in support of these students’ actions.

“The amount of moral policing in colleges is really stifling. Intermingling of genders is brutally discouraged l, it’s appalling & dangerous for society. It’s great to see these kinds of protests #LaptopProtest (sic),” wrote a twitterati.

“Brilliant! What is not to love about this protest and the choice of name is so perfect. Well done you guys. #LaptopProtest (sic),” wrote another user.