Viral: Man Poses With Malaika, Without Touching Her! 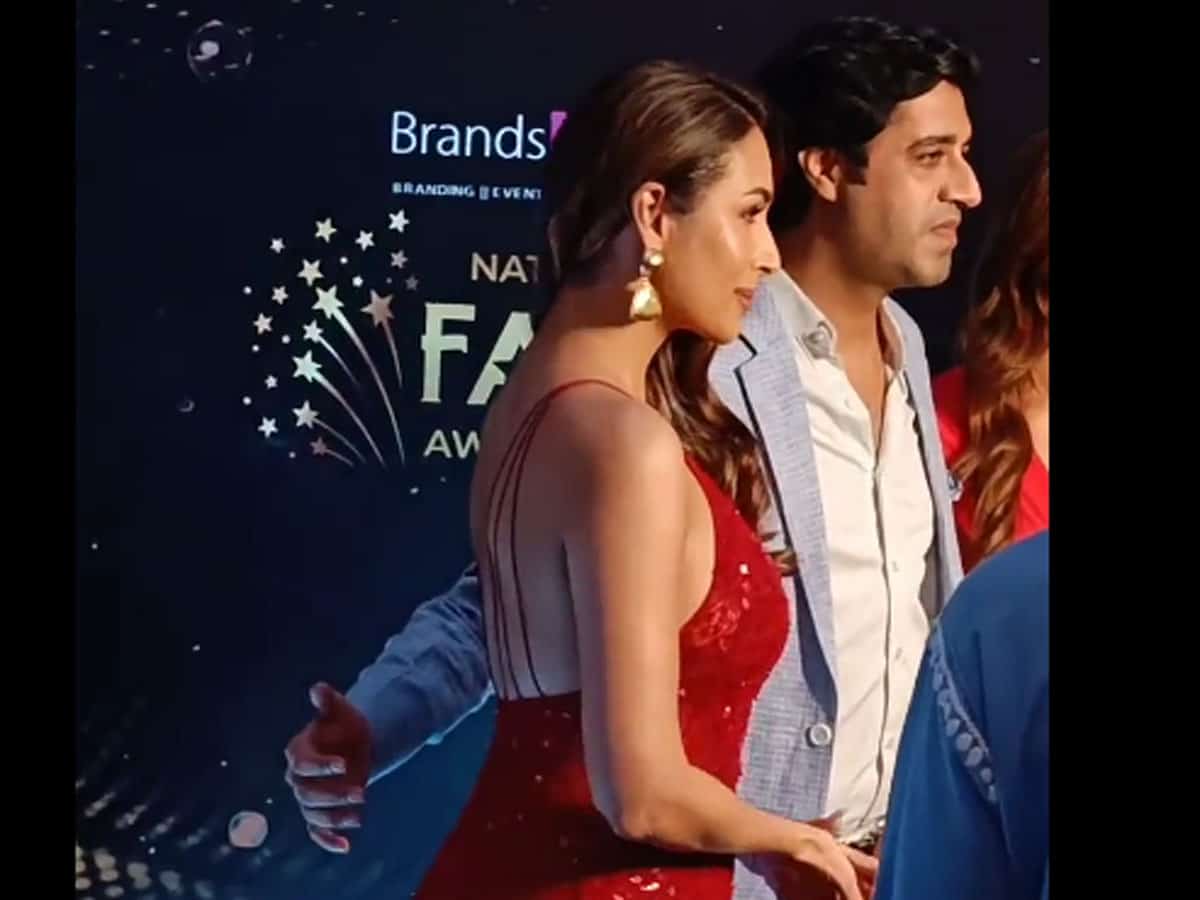 A short video of Malaika Arora from an event is going viral and for a reason. The very ravishing Malaika Arora attended the National Fame Awards 2022 as one of the chief guests. She wore a red string gown looking absolutely mind-blowing.

During the event, the pictures were taken where a man standing with Malaika. A video taken from the side of the stage surprised the internet. The gentleman who was standing next to Malaika Arora kept his hand behind her but without touching her!

The social media fell for him and the praises showered on him with words like a ‘true gentleman.’ Well, not many know that the gentleman in the video is Amol Monga, the owner of ‘Brands Impact’, one of the major branding companies in India. The woman who is standing next to him on the other side is his wife Ankita Singh.

Amol Monga’s gesture needs applause because, in a world where men grab that ‘chance pe dance’ opportunity in that situation, he did not.