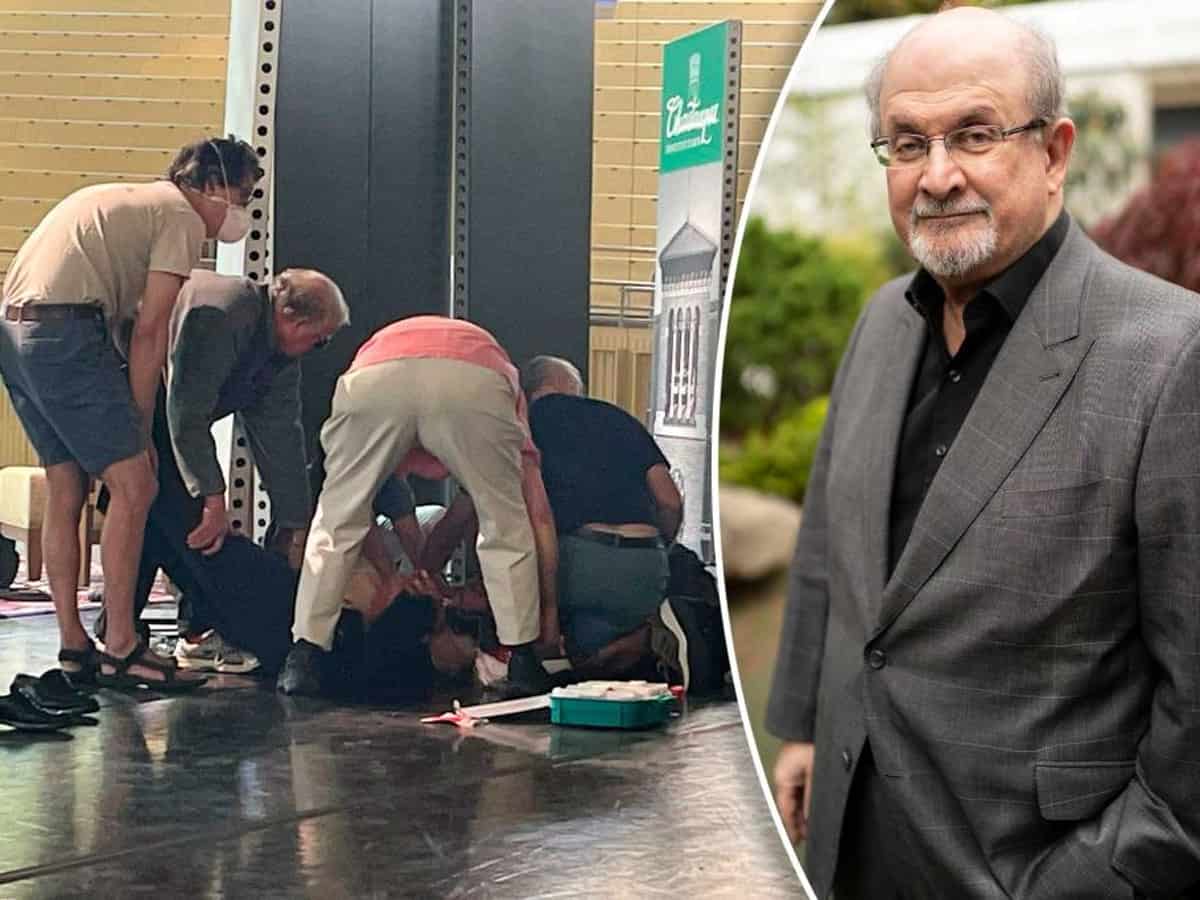 Author Salman Rushdie was stabbed at an event in New York today. He reportedly suffered 10 to 15 blows in the attack. His attack lasted for about 20 seconds. A reporter said he was not sure whether the attacker stabbed or punched Mr. Rushdie.

The New York State Police confirmed the stabbing and said Rushdie was taken to an area hospital by helicopter. The attacker is in police custody.

Salman Rushdie spoke at the Chautauqua Institution in rural New York. Salman Rushdie faced threats in the late 1980s over his book, The Satanic Verses, allegedly blasphemous towards Islam.

Salman Rushdie Us a British citizen of Indian origin, and has lived in the US for the past 20 years. Despite the life threats, Salman Rushdie produced several novels throughout the 1990s.