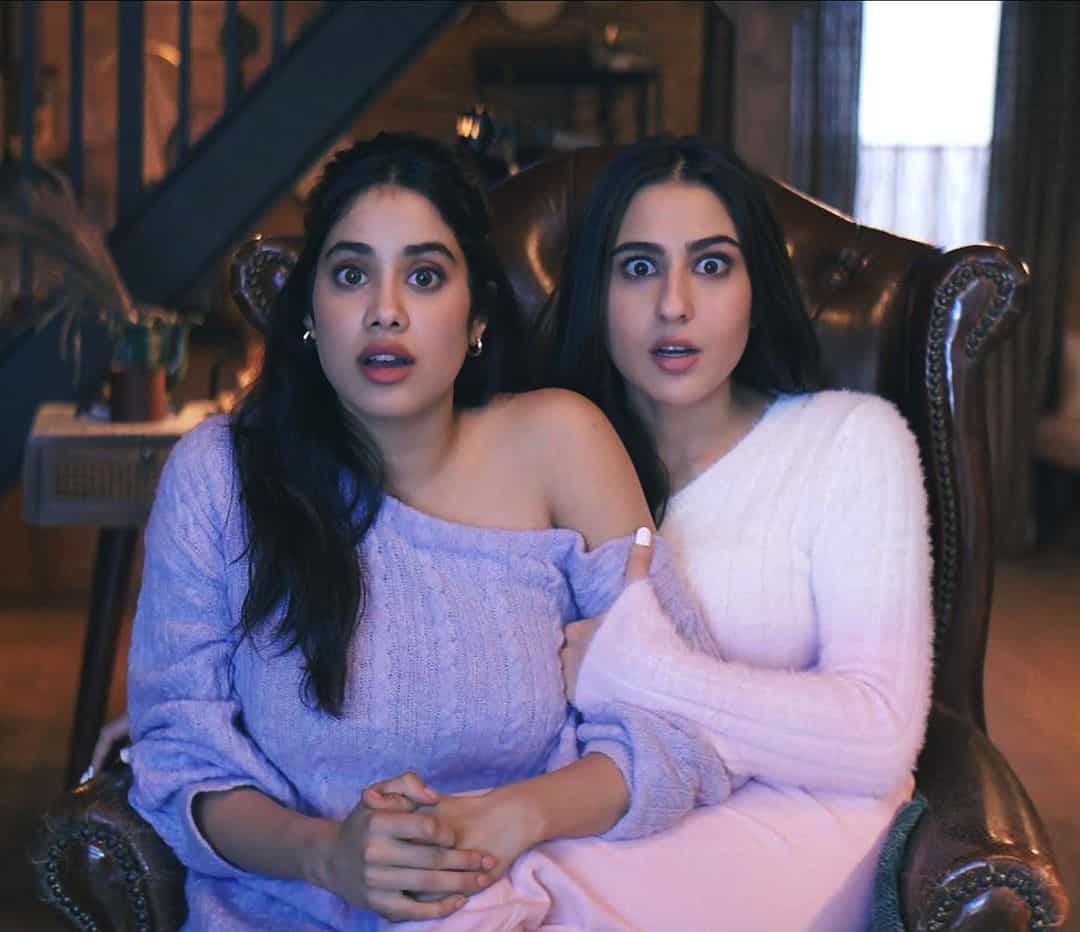 The new gen actresses of Bollywood, Janhvi Kapoor, and Sara Ali Khan need no introduction. Also, they are besties who work out together, go on travel adventures, and also spill some hot koffee on Karan’s talk show.

Now the two beauties joined hands for the first time on-screen acting. Janhvi Kapoor and Sara Ali Khan both become co-stars now. The duo is heard to be acting for a commercial and they both posted pictures with two different expressions.

Janhvi Kapoor wrote, ‘Travel adventures ✔️ koffee dates ✔️ and now co-stars! 💕’ to which Sara replied, ‘This is going to be fire 🔥’. On the other hand, Sara Ali Khan wrote, ‘From brewing koffee that was hot, now finally as ko-actors we shot ☕ 🔥 🎥 👯‍♀️Wait and watch us- tell us what you thought 💭’ and Janhvi commented, ‘It’s going to be a blast 🔥🔥’.

It looks like the two most happening girls have done something that is sure to amaze us. Like Sara asked, we will just wait and watch them.