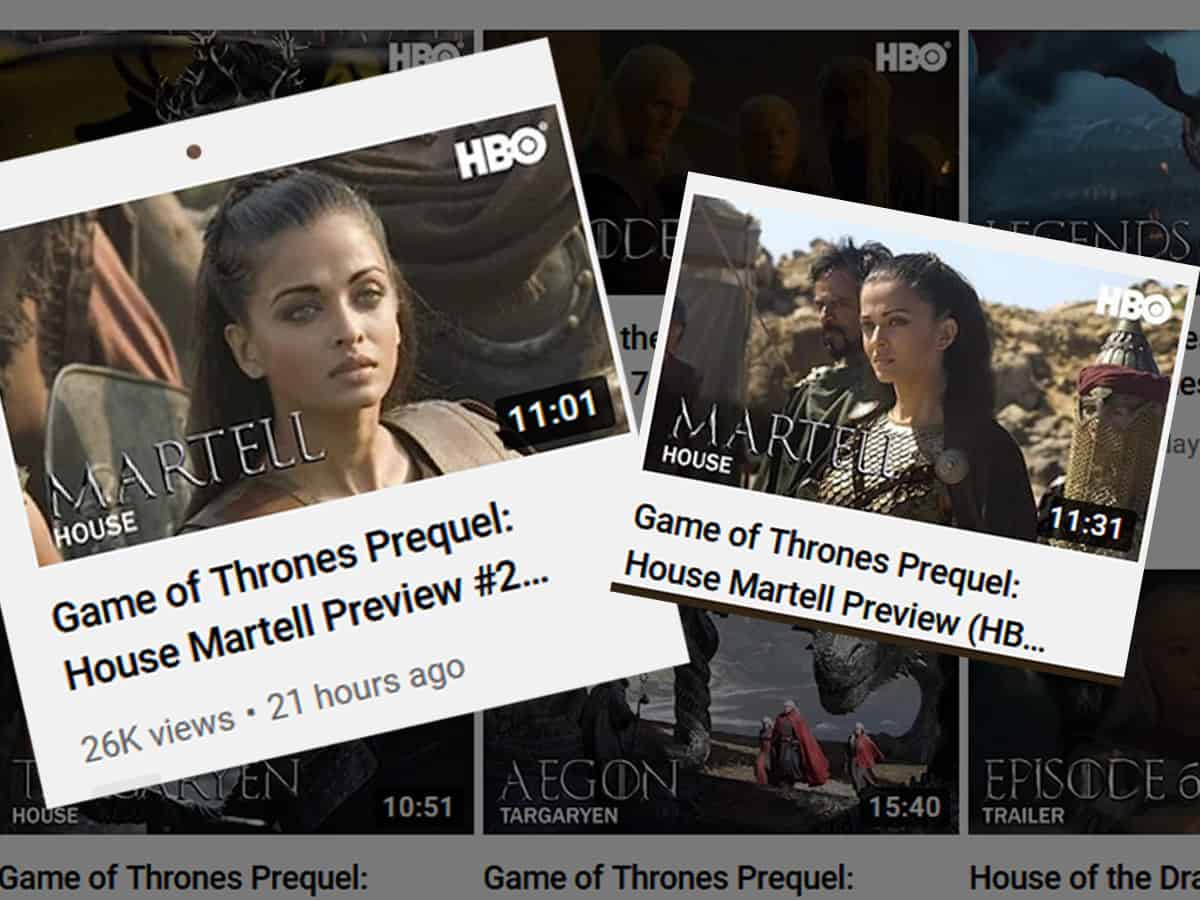 We’re seeing many YouTube channels mushrooming these days and amassing huge subscribers as well as millions of views for videos in a shorter period of time. Most of these channels employ the trick of keeping a fake thumbnail of a lady doing severe skin show, though there will be nothing such inside. Some channels using thumbnails that have misleading text over the thumbnail. Guess what, even biggest production houses are resorting to this technique now.

There is this verified channel called “Fire and Blood” on YouTube, which will have content related to the “Game Of Thrones” and “House of Dragons” series. Though the channel appears like being run by an indivdual user, the content says it all, as it has animation video, licensed images for HBO, audio commentry from various actors belonging to these two series, and also exclusive updates on George RR Martin’s new books. And this channel is also resroting to misleading thumbnails now which kind of surprised the netizens.

For their latest video where they explain about the origins of House Martell through animation, they have kept none other than Aishwarya Rai’s image as a thumbnail. With the thumbnail also carrying the official HBO logo on it, many thought she might have joined the web series, but there is nothing such inside the video. Those pictures of Aishwarya Rai are actually from the movie ‘The Last Legion’ which was made in 2007. One wonders why HBO is allowing folks to resort to fake thumbnails if it is an individual who is running this channel.