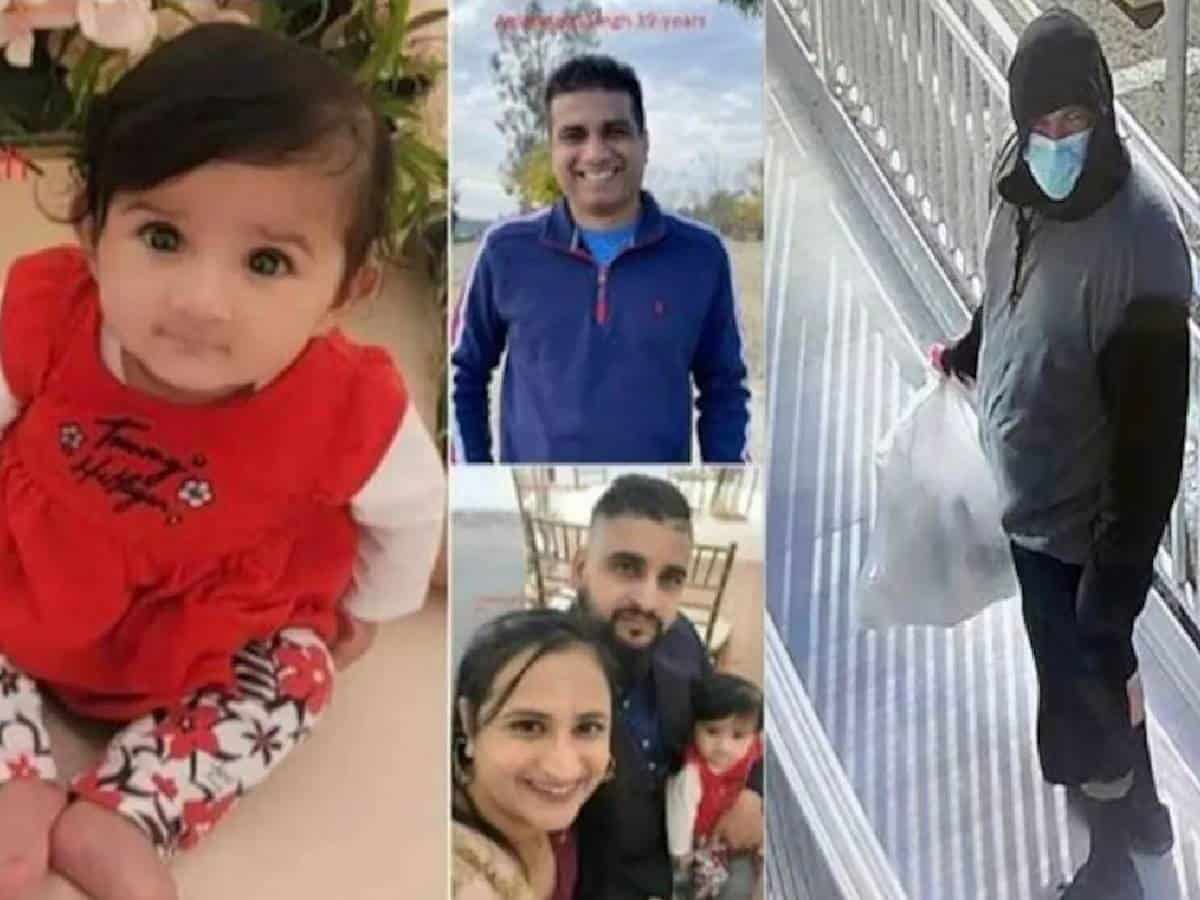 In a gruesome incident an Indian-origin family of four, including an 8-month-old baby, were found dead Wednesday in California. The victims are identified as 8-month-old Aroohi Dheri, her 27-year-old mother Jasleen Kaur, her 36-year-old father Jasdeep Singh, and her 39-year-old uncle Amandeep Singh.

The Sikh family originally from Punjab’s Harsi Pind, was kidnapped on Monday from their trucking business in central California between Modesto and Fresno.. Post kidnapping the law enforcement were tracking the crime and learned about a vehicle owned by one of the family members on fire late Monday. Later the authorities received information on Tuesday morning that one of the victim’s bank debit cards was used at an ATM in Atwater in Merced County.

The authorities did not get in touch with the kidnapper and so the police confirmed that he did not demand any ransom. But the police believe that it was a financially motivated crime.

Through CCTV surveillance, the police zeroed in on a 48-year-old man considered a “person of interest” in the kidnapping of the Sikh family. The suspect was identified as Jesus Manuel Salgado and he attempted to kill himself after killing the Sikh family. He is currently in custody, receiving medical attention and in critical condition.

Sukhdeep Singh, a brother of the victims and other family members were in deep shock on hearing the brutal killing of an eight months old baby. Jasdeep’s parents Dr Randhir Singh and Kirpal Kaur returned to India from abroad on September 29th. Randhir was in Rishikesh when he received a call regarding the kidnapping.

Crime in the US, especially against Indians is on the rise. After racial abuse, kidnapping is one such incident.