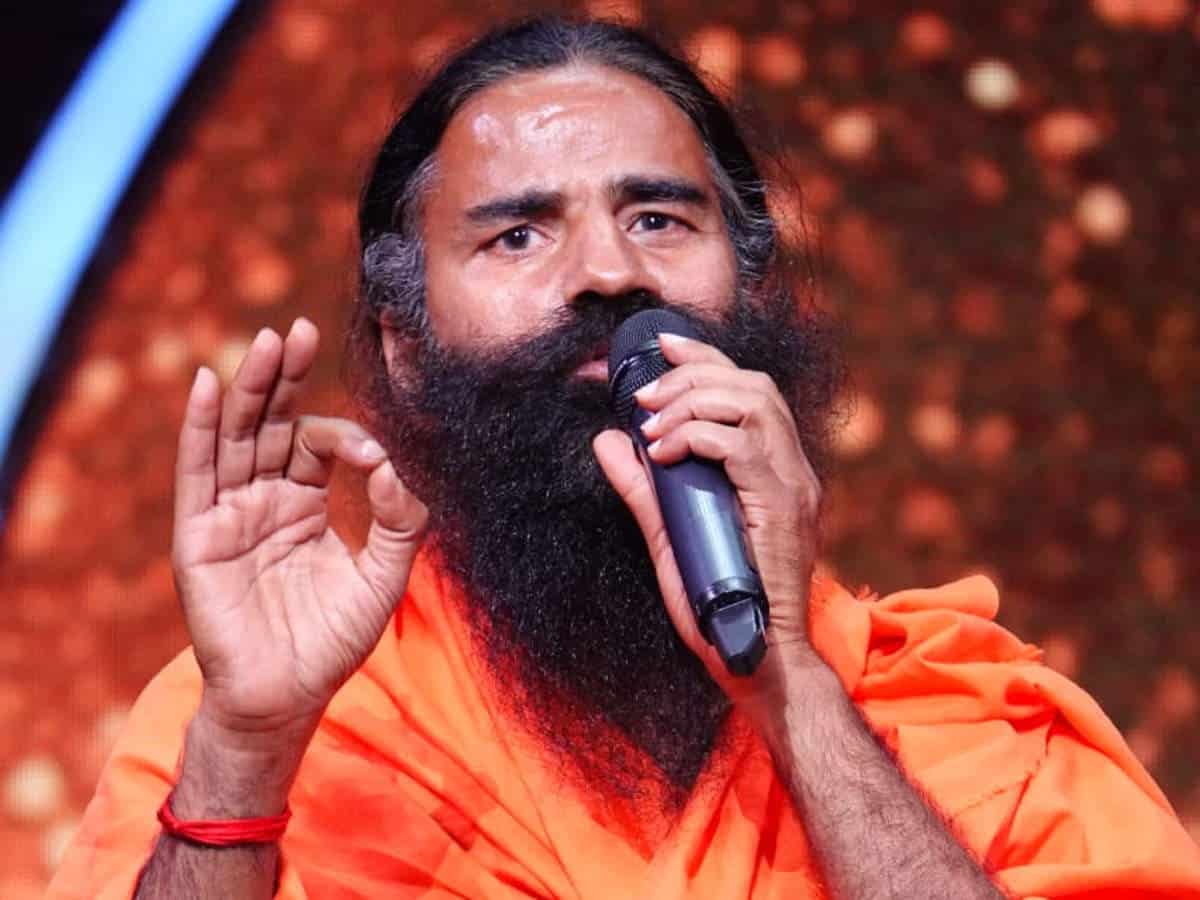 Yoga Guru Ramdev Baba commented controversially on women’s clothing and this has created a storm. Even more shockingly, Ramdev Baba made these comments in a women’s organization held in Thane, Maharashtra.

“Women look good in sarees, women look good in salwar suits too, and in my eyes they look good even if they wear nothing,” said Ramdev reportedly. Stunningly this meeting was graced by Maharashtra Deputy Chief Minister Devendra Fadnavis’ wife Amrita Fadnavis. Surprisingly she did not utter a word on Ramdev’s sexist remarks.

Apparently a yoga science camp was organised in Thane and following this was a yoga training program for women. Since this meeting was exclusively for women, they had less time to change their attire. All the participants attended Ramdev’s meeting in yoga outfit and seeing them, he commented so.

A video of Ramdev’s comments surfaced on social media and netizens slammed Ramdev Baba for passing such derogatory comments that too in a women’s meeting.

With the video going viral, Ramdev may have to come forward to issue a clarification if not an apology.