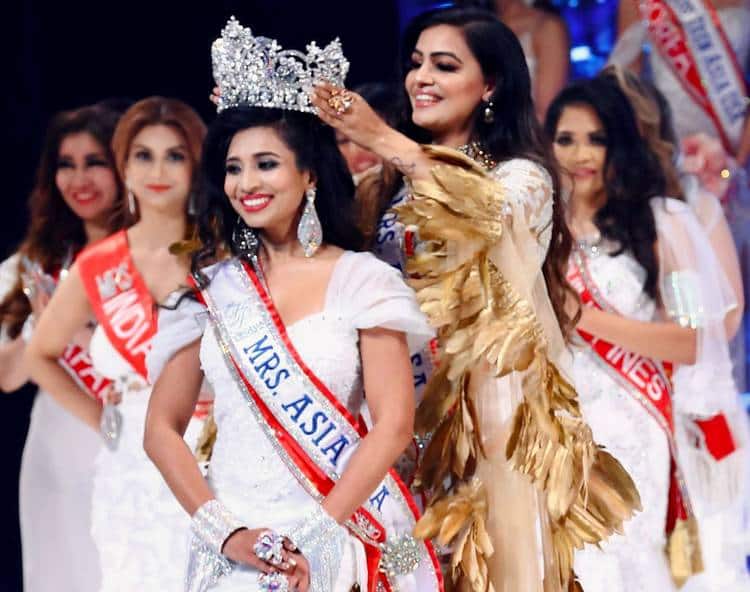 In the 34th anniversary of Virgelia Productions, the grand finale was held on November 19th at Redondo Beach, California. Saroja Alluri, one of the contestants walked away with the title Mrs. Asia USA 2023.

In National Costume and Evening Gown rounds, Saroja scored high points compared to other contestants. In the rest of the rounds the Vizag lady displayed her dominance and eventually was crowned Mrs Asia USA 2023. With this feat, Saroja has scripted history by becoming the first south Indian woman to get the coveted title.

A little brief into Saroja, she is an engineering graduate and had done her Masters in New York. Currently she is working as Technology Lead in AT&T which is a top telecom operator in the United States. Post wedding she is settled in Los Angeles and is a mother of two.

Besides working in the technology stream, Saroja is a philanthropist too. Her interests are dance, charity and also has a hand in fashion designing. She is rightfully rewarded for her multi-talent.