Who Are The Richest Women In India? 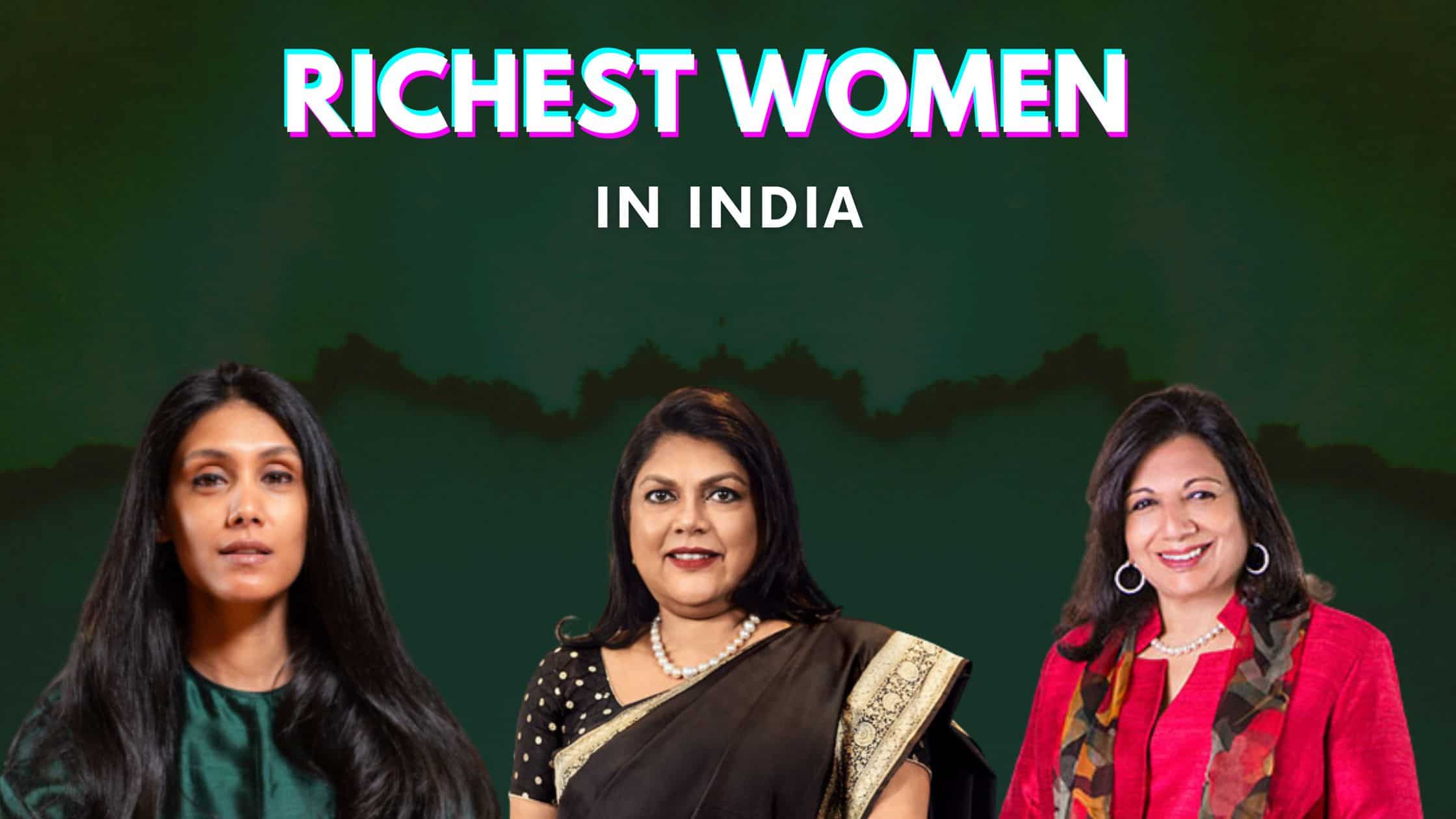 The Chairperson Emeritus of OP Jindal Group, Savitri Jindal is India’s richest woman as per the Forbes Richest Women 2022 Data. Savitri has a net worth of $16.4 billion (Rs 132,452.97 crore). The data suggested that India’s 100 richest got richer this year, with their cumulative wealth growing to a whopping $800 billion.

Savitri Jindal is the sixth richest person in the country. The next in the list of richest women is Vinod Rai Gupta. Vinod’s husband, Qimat Rai Gupta founded Havells India in 1958. Vinod Rai runs the company with her son Anil Rai Gupta and their net worth is Rs 50,881.32 crore.

Big Bull Rakesh Jhunjhunwala’s wife Rekha is the third richest person and her wealth is worth Rs 47,650.76 crore. After Rakesh’s sudden demise in August 2022, Rekha took over the reins and she is at 30th place in overall India’s richest persons list.

Founder of beauty and fashion retailer Nykaa, Falguni Nayar is the fourth richest woman with a wealth of Rs 32,951.71 crore ($4.08 billion). Falguni Nayar is a self made billionaire and her success story is quite inspiring.

Leena Tewari, the Chair of privately held USV India, which acquired German generics firm Juta Pharma in 2018 is worth Rs 30,205.74 crore. Divya Gokulnath along with her husband Byju Raveendran who founded BYJU’s in 2011 is the next richest woman. The couple own wealth worth Rs 29,075.04 crore. BJYU’s are the official sponsors of the Indian cricket team.

Padma Shri and Padma Bhushan recipient Kiran Mazumdar Shaw who is reckoned as India’s first generation entrepreneur has a net worth of Rs 21,806.28 crore ($2.7 billion).

80 years old Anu Aga returned to India’s richest women list and she is worth $2.23 Billion or Rs 18,010.37 crore. Anu leads Thermax, an energy and environment engineering business and she retired from the company in 2018 but holds majority of the stake in the company.